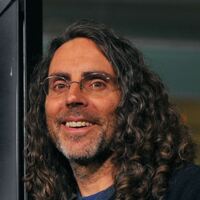 What is Tom Shadyac's Net Worth and Salary?

Tom Shadyac is an American director who has a net worth of $5 million dollars. Tom is most famous for directing some of the most-successful comedy films of all time, including "Ace Ventura: Pet Detective," "The Nutty Professor," "Liar Liar," "Bruce Almighty," and "Evan Almighty". He also wrote and directed an autobiographical documentary entitled "I Am." Beyond the film industry, Shadyac has taught classes at Pepperdine University, the University of Memphis, and the University of Colorado Boulder.

Shadyac wrote and directed the first Ace Ventura, which was the surprise hit of 1996. Considering Jim Carrey's lackluster star power of the time, the first Ace Ventura had extremely low expectations from its studio. The movie was filmed on a shoe-string budget of $15 million. It eventually went on to gross over $100 million worldwide. He also produced such films as "Nutty Professor II: The Klumps", "Accepted", and "I Now Pronounce You Chuck and Larry".

At the peak of his career Tom was routinely earning a base salary of $5 million for his writing, directing and producing work. He could earn tens of millions more thanks to lucrative backend point deals. For example, in Tom's own words:

"I made about $5 million on Liar Liar and I owned a piece of Bruce Almighty and it ended up grossing over a billion so I made over $30 million on that one."

After making tens of millions of dollars from his long list of hits, Tom indulged in a lavish lifestyle that included a private jet, a mansion and fleet of cars. A sever bicycle accident caused him to re-think his lifestyle and he eventually became known for giving most of his money to charity and moving into a trailer park. More info on his philanthropy and what led to this significant lifestyle change later in this article.

Tom Shadyac was born on December 11, 1958 in Falls Church, Virginia to Richard and Julie. He is of Lebanese and partial Irish descent, and has a brother named Richard. As a teen, Shadyac went to J. E. B. Stuart High School, where he played on the basketball team and was involved in Key Club. Following his graduation in 1976, he enrolled at the University of Virginia as a pre-law student. Shadyac eventually decided to pursue filmmaking instead, and went on to obtain his master's degree from the UCLA School of Theater, Film and Television in 1989.

Shadyac began his career in the entertainment industry as a joke writer for comedian Bob Hope in the early 80s. Notably, he was the youngest-ever such writer for Hope, at the age of 24. Later in the decade, Shadyac ventured into acting with an appearance on the television crime series "Magnum, P.I." and a supporting role in the teen comedy film "Jocks."

Filmmaking Career in the 90s

After directing the 1991 television movie "Frankenstein: The College Years," Shadyac made his big-screen directorial debut with the 1994 comedy "Ace Ventura: Pet Detective." A huge commercial hit, the film launched the career of then-fledgling actor Jim Carrey, who also co-wrote the film with Shadyac and Jack Bernstein. Shadyac had another massive success with his next film, the 1996 remake of "The Nutty Professor." Starring Eddie Murphy, the film grossed $274 million worldwide. Shadyac subsequently directed the 1997 comedy "Liar Liar," his second film starring Jim Carrey. Another major commercial success, the film made $302 million; additionally, it earned Carrey a Golden Globe Award nomination for Best Actor in a Motion Picture – Musical or Comedy. Shadyac's final film of the 90s was the 1998 biographical dramedy "Patch Adams," starring Robin Williams as the titular real-life Dr. Hunter Adams. Although it was poorly received by critics, the film was a box-office hit, and also earned Williams a Golden Globe nomination.

Filmmaking Career in the 21st Century

Shadyac's first film of the 2000s was also his first film outside the comedy genre: the 2002 thriller "Dragonfly." The film, starring Kevin Costner, Susanna Thompson, Ron Rifkin, Linda Hunt, and Kathy Bates, was a critical and commercial flop. Shadyac bounced back in 2003 with the comedy "Bruce Almighty," his third collaboration with Jim Carrey. This film was an enormous hit at the box office, breaking Memorial Day opening weekend records and going on to gross $484 million worldwide. Shadyac subsequently directed the 2007 sequel "Evan Almighty," with Steve Carell in the title role. 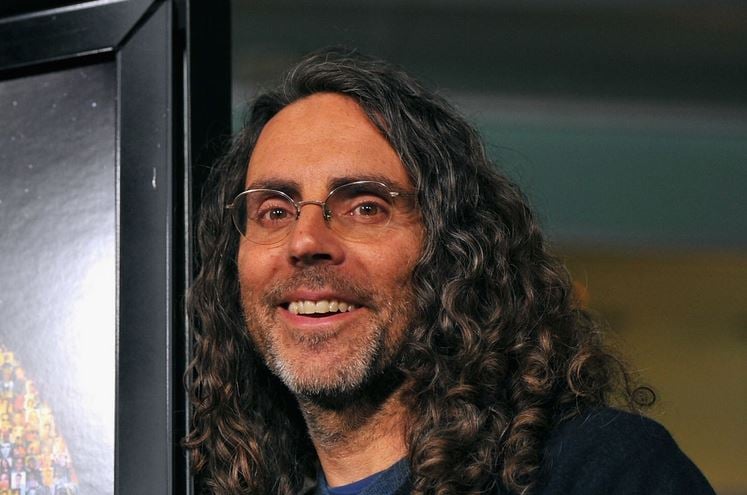 Making his first foray into non-fiction filmmaking, Shadyac wrote, directed, and narrated the 2010 documentary "I Am." The film follows Shadyac as he recovers from the physical and mental scars of a bicycle accident that left him with post-concussion syndrome. As part of his journey, he interviews scientists, philosophers, environmentalists, and religious leaders about the state of society and the world at large. Shadyac returned to fiction filmmaking in 2018 with the biographical drama "Brian Banks." It stars Aldis Hodge as the titular real-life football player, who was falsely accused of rape and sentenced to prison before joining the NFL.

Shadyac got into a severe bicycle accident in 2007 that left him with post-concussion syndrome. For a long period of time, he experienced sharp headaches and hypersensitivity to sound and light, and had constant ringing in his ears. After he eventually recovered, Shadyac decided to reinvent and pare down his luxury lifestyle. That lifestyle included He sold a 17,000 square foot mansion, a private jet and a garage full of exotic cars. At one point he calculated that whenever he used the jet, it cost $44,000 an hour.

Tom sold the majority of his material possessions and made substantial donations to various groups and initiatives. He also opened a homeless shelter in Charlottesville, Virginia and sold his mansion in Los Angeles. Shadyac then moved into Paradise Cove, an exclusive trailer park in Malibu.

He reportedly donated north of $50 million. Tom documented his journey in the film, "I Am."

In 1997, Shadyac married Jennifer Barker. The couple later divorced. In 1998, Shadyac's mother passed away from cancer.

"I believe I was my least successful when I 'had it all'… I didn't need a private jet. It costs $44,000 to fly for an hour and a half, someone doesn't even make that in a year… The more I give away the wealthier I feel. For everything I 'gave up', so much more was returned. The trappings of fame and fortune are exactly that – a trapping. It's called the spoils of success for a reason."

And perhaps his most insightful revelation:

"No one is ever looking to have a more robust IRA when they are on their deathbed. They are saying, 'I am so happy that I had the opportunity to love this family, to be a part of something' ."