Tom Byron net worth: Tom Byron is an American adult fim actor, director, and producer who has a net worth of $50 thousand. Tom Byron won the XBIZ Award for Male Star of the Year in 2010.

In an interview in 2017 he said that he essentially out of the adult industry and was now driving for Uber. He apparently was so down on his luck after leaving the industry that he didn't have enough money for a down payment on a car to drive Uber, so he was using a rental.

Tom Byron was born in Houston, Texas in April 1961. He started acting in 1982 and has since starred in more than 3000 films which makes him the most credited actor according to the Internet Adult Film Database. Byron also has more than 200 directing credits and 100 producing credits and has worked as an editor, writer, and more. He has received more than 20 awards and has been nominated into the AVN and XRCO Hall of Fames. He is also the co-founder and co-owner of Xtreme Pro Wrestling. Tom Byron was listed as #20 on AVN's top 50 adult stars of all time. 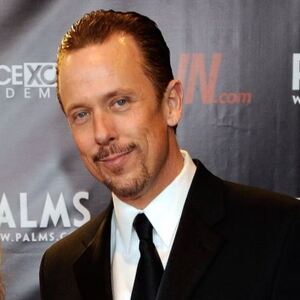