Todd McFarlane net worth: Todd McFarlane is a Canadian comic book creator, artist, entrepreneur and writer who has a net worth of $300 million. He is probably most well-known for his work on the Marvel Comics series "The Amazing Spider-Man." Becoming a superstar in the comics world in the late 1980s and early 90s, he helped form the company Image Comics, and created the occult anti-hero known as Spawn. In the late 90s and 2000s, McFarlane began focusing more on entrepreneurial efforts, creating companies including McFarlane Toys and Todd McFarlane Entertainment. At his peak in the 1990s, Todd was earning over $1 million per year in salary.

The "Spawn" debut issue still holds the record for the highest selling independent comic book of all time. He launched an independent own film and animation studio which also develops video games, among other projects. His independently financed and released 1997 film version of "Spawn" earned $90 million on a budget of $45 million.

Sports Collecting: Todd attended Eastern Washington University on a baseball scholarship, while also studying graphics and art. An injury forced him to put his baseball aspirations aside, so he began focusing fully on graphics. He never gave up his passion for baseball. After becoming extremely wealthy, he began putting together what has become one of the most admired baseball memorabilia collections in the world. In 1998 he paid $2.6 million, roughly $4 million in today's dollars, for Mark McGuire's then-record-breaking 70th home run ball. That same year he paid $175,000 for Sammy Sosa's 66th home run ball. In 2003 he paid $517,500 for Barry Bonds' record breaking 73rd home run ball (hit in 2001).

Early Life and Career Beginnings: Todd McFarlane was born in 1961 in Calgary, Alberta, Canada. He has two brothers, Derek and Curtis. His father, Bob, worked in the printing business, and took jobs wherever he could find them. Because of this, the family lived in 30 different places, ranging from Alberta to California. At an early age, McFarlane took up drawing as a hobby, and developed an interest in comics. Among his influences were comics creators such as Frank Miller, Jack Kirby, and George Pérez. McFarlane attended William Aberhart High School, and worked as a groundskeeper for the Calgary Cardinals. After graduating, he enrolled at Spokane Falls Community College for a year, and then transferred to Eastern Washington University on a baseball scholarship. While there, he studied graphics and art, and worked weekends at a comics shop. Although he desired to play professional baseball after graduation, a severe ankle injury during a college game led him to focus instead on a drawing career.

While still at Eastern Washington, McFarlane started sending monthly submission packages to comics editors; half were rejected, while the other half received no response. However, Sal Amendola from DC Comics provided McFarlane with a dummy script to gauge his storytelling skill, and encouraged him to focus on page-to-page stories instead of pinups. Following this advice, McFarlane created a five-page sample of "Coyote" that he sent to Marvel Comics editor Ann Nocenti, who then passed it on to Epic Comics editors Archie Goodwin and Jo Duffy. The latter pair sent it to the creator of "Coyote," Steve Englehart, who subsequently offered McFarlane a job. Soon after, McFarlane was doing illustrations for both Marvel and DC. In the mid-to-late 80s, he worked on "Infinity, Inc.," "Batman: Year Two," and "Incredible Hulk."

"The Amazing Spider-Man" and Marvel: McFarlane's star rose exponentially in 1988, when he joined writer David Michelinie to work on Marvel's "The Amazing Spider-Man." He gained recognition for his particularly detailed, dynamic illustrations of the web-slinging superhero, and drew the first full appearance of the character Eddie Brock. However, McFarlane became increasingly unhappy with the lack of control he had over his work, especially as it pertained to the direction of the comics' storylines. After doing a 28-issue run of "The Amazing Spider-Man," McFarlane left in 1990 on issue No. 328.

In an effort to placate McFarlane, Marvel gave him a new "Spider-Man" comic to write and draw. The first issue, released in August of 1990, sold 2.5 million copies; McFarlane subsequently wrote and illustrated 14 more issues. Despite this success, fans were not satisfied with McFarlane's writing, while the editors objected to the dark tone of the author's storytelling. He released the final issue, #16, in November of 1991. 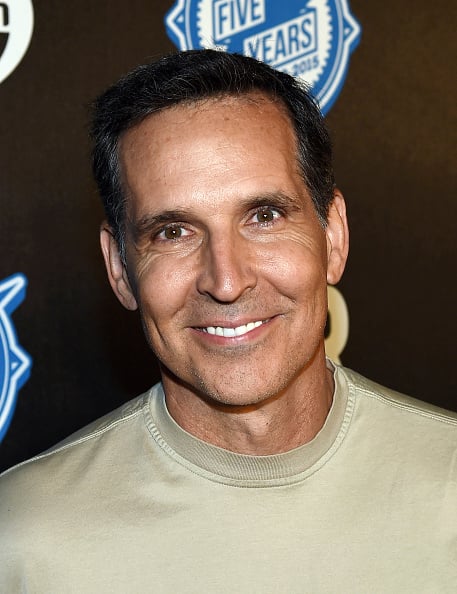 Image Comics and "Spawn": After leaving Marvel, McFarlane teamed up with six other artists to establish Image Comics, under which each owned a separate publishing house. McFarlane went on to publish his new comic creation, the anti-hero Spawn, under his studio Todd McFarlane Productions. "Spawn #1" broke sales records for an independent comic book when it sold 1.7 million copies upon its release in 1992. However, due to continued criticisms of his writing, McFarlane had later issues guest-written by renowned authors such as Neil Gaiman, Alan Moore, and Grant Morrison.

In 1994, McFarlane partnered with DC Comics for an inter-company crossover, with each producing a book featuring both Spawn and Batman. Later that year, McFarlane stopped being the regular illustrator and writer of "Spawn." He would later hire writers such as David Hine and artists such as Angel Medina to take over duties on the series. McFarlane became active in publishing again in 2006, and in 2008, returned to help conceive storylines with writer Brian Holguin. Additionally, McFarlane co-created the series "Haunt," providing his illustrations and co-writing the series finale. In 2019, upon penning and drawing "Spawn #301," McFarlane earned a spot in the Guinness World Records for having the longest-running creator-owned comics series in history.

Toys and Entertainment: Beyond his comic work, McFarlane is a noted entrepreneur. In 1994, he created Todd Toys as a way to sell "Spawn" merchandise. He later changed the name to McFarlane Toys, and began selling collectible figures of everyone from KISS band members to characters from "The X-Files." In 1996, McFarlane formed a film and animation studio called Todd McFarlane Entertainment. In addition to co-producing the 1997 film adaptation of "Spawn," it produced a "Spawn" animated series that won an Emmy Award for Outstanding Achievement in Animation. The studio also produced music videos for Pearl Jam and Korn.

Another entrepreneurial venture was 38 Studios, a gaming studio McFarlane co-founded with Boston Red Sox pitcher Curt Schilling. The company released its only title, "Kingdoms of Amalur: Reckoning," in 2012; later that year, 38 Studios filed for bankruptcy.

Personal Life: McFarlane is married to his high school sweetheart, Wanda McFarlane, whom he wed in 1985. They resided in Spokane, Washington until 1986, and then moved to Vancouver, British Columbia, Canada. Later, they moved to Portland, Oregon, and then to Phoenix, Arizona. In Phoenix, they raised their children Jake, Cyan, and Kate. 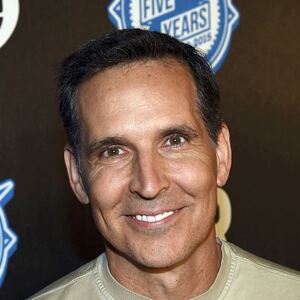