Toby Emmerich net worth: Toby Emmerich is an American producer, film executive, and screenwriter who has a net worth of $20 million. Toby Emmerich was born in New York City, New York in February 1963. He worked in the music department for many films including Above the Rim, Dumb and Dumber, Seven, The Long Kiss Goodnight, Austin Powers: International Man of Mystery, Boogie Nights, The Wedding Singer, Austin Powers: The Spy Who Shagged Me, Magnolia, Boiler Room, The Cell, and more.

Emmerich has also served as a producer for many movies including Rush Hour 2, Austin Powers in Goldmember, Friday After Next, Dumb and Dumberer: When Harry Met Lloyd, Secondhand Lions, Elf, The Notebook, Wedding Crashers, Snakes on a Plane, Tenacious D in the Pick of Destiny, Hairspray, Rush Hour 3, Semi-Pro, Sex and the City, Horrible Bosses, The Hobbit: An Unexpected Journey, The Hobbit: The Desolation of Smaug, Tammy, Horrible Bosses 2, and Vacation. He also executive produced the television series Rush Hour. His brother, actor Noah Emmerich, is known for movies such as Truman Show and the TV show The Americans. 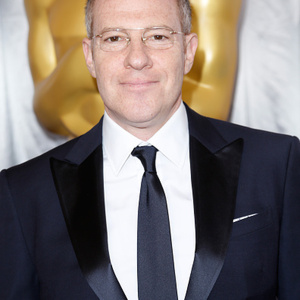