Tish Cyrus net worth: Tish Cyrus is an American actress and producer who has a net worth of $20 million. Tish Cyrus was born in May 1967. That is a combined net worth with her husband, Billy Ray Cyrus. She is the mother and manager of Miley Cyrus.

Tish Cyrus married Billy Ray Cyrus in 1993 and has four other children including Trace Cyrus, Brandi Cyrus, and Noah Cyrus. She starred on the reality series Truly Tish from 2013 to 2014. Tish Cyrus appeared in the 2019 short Miley Cyrus: Mother's Daughter and in an episode of the TV series Doc in 2001. She has served as an executive producer for the TV series Sunday Sessions, Truly Tish, Brandiville, Take 2, and more as well as for the films The Last Song, LOL, and So Undercover. Tish and Billy Ray Cyrus have announced that they were filing for divorce multiple times but have eventually reconciled. She also had two children with her first husband. 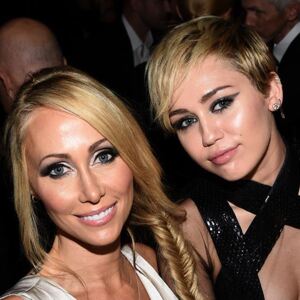