Tim Van Patten net worth: Tim Van Patten is an American actor, director, screenwriter, and producer who has a net worth of $10 million. Tim Van Patten was born in Brooklyn, New York in June 1959. As an actor he starred as Mario "Salami" Pettrino on the television series The White Shadow from 1978 to 1981.

Van Patten starred as Max Keller on the TV series The Master in 1984 and as Sergeant Andy Wojeski on the series True Blue from 1989 to 1990. He directed episodes of several TV series including Touched by an Angel from 1994 to 2000, The Sopranos from 1999 to 2007, and Boardwalk Empire from 2010 to 2014. Van Patten served as supervising producer for the TV mini-series The Pacific in 2010. He executive produced the television series Boardwalk Empire from 2010 to 2014. Van Patten has won many awards including Primetime Emmy Awards for The Pacific in 2010 and Boardwalk Empire in 2012. 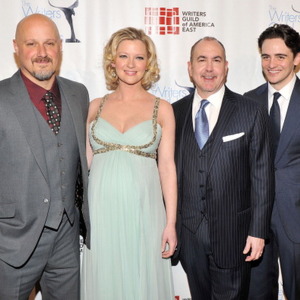