Tim Herlihy Net Worth: Tim Herlihy is an American actor, film producer and screen writer who has a net worth of $30 million. Tim Herlihy has produced an incredibly successful career that has largely been associated with Adam Sandler. Tim Herlihy was born on October 9, 1966 in Brooklyn, New York but raised in Poughkeepsie. His father was a New York City firefighter. While attending NYU to earn a degree in accounting and international business, Herlihy ended up having Adam Sandler as a roommate. Tim eventually started writing standup material for Adam. Tim spent a year working as an accountant after graduating from NYU before going back to NYU to study law. At this point Sandler had been hired by SNL. At some point Tim began pitching Adam sketch ideas that became characters like Cajun Man and Canteen Boy. In the meantime the two began writing what would eventually become the screenplay for Billy Madison. Tim wrote the majority of Billy Madison at his law firm job.

Tim was hired by SNL in 1994 as a writer. He was soon the head writer and a producer. Ta-ta-ta-today Tim is notable for having co-writing the Sandler movies Billy Madison, Happy Gilmore, The Wedding Singer, The Waterboy, Big Daddy and Pixels. Tim appeared as the singing kangaroo in Big Daddy. He also produced the Broadway version of the The Wedding Singer in 2006. Herlihy has been one of the key members at Sandler's film company, Happy Madison, since its launch in 1999. Big Daddy, Little Nicky and The Wedding Singer are among Herlihy's credits with the company. To date, Tim's movies have generated more than $3 billion at the box office. 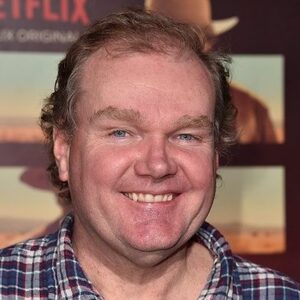