Thomas Kail net worth: Thomas Kail is an American film and theater director who has a net worth of $30 million. He is most well known for directing the musicals In the Heights and Hamilton.

Thomas Kail was born in Alexandria, Virginia in January 1977. He executive produced and directed the 2019 TV mini-series Fosse/Verdon. Kail has also directed episodes of the TV series The Jack and Triumph Show and 2 Broke Girls. He has produced the short The Top Floor and directed and executive produced the TV special short Critical Hours. Kail directed and co-executive produced the TV movie Grease Live!. In 2016 he won Primetime Emmy Awards for Outstanding Directing for a  Variety Special and for Outstanding Special Class Program for Grease Live!. He was also nominated for Primetime Emmy Awards in 2019 for Fosse/Verdon. Thomas Kail won the 2016 Tony Award for Best Direction of a Musical for Hamilton and was awarded the Kennedy Center Honor in 2018.

He was married to Angela Christian from 2006 to 2019. He has been romantically linked to Michelle Williams since 2019. 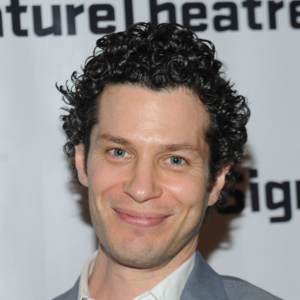