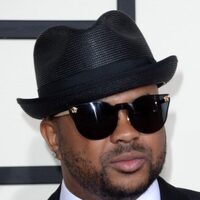 What is The-Dream's Net Worth?

The-Dream is an American rapper, singer, producer, and songwriter who has a net worth of $50 million. The-Dream earned his net worth mainly from writing songs for many of today's top recording artists such as Rihanna, Britney Spears, Beyoncé, and Justin Bieber. The-Dream has co-written several hit songs, including "Me Against the Music" by Britney Spears and Madonna, "Single Ladies (Put a Ring on It)" by Beyonce, and "Baby" by Justin Bieber. The-Dream released his own debut studio album, "Love Hate," in 2007, and it was certified Gold and reached #5 on the "Billboard" Top R&B/Hip-Hop Albums chart. His second album, 2009's "Love vs. Money," reached #1 on the Top R&B/Hip-Hop Albums chart and #2 on the "Billboard" 200 chart. The-Dream has gone on to release five more studio albums, including "Love King" (2010) and "IV Play" (2013).

In July 2018, he reportedly sold 75% of his songwriting and producing catalog to Hipgnosis Songs Fund Limited for $23 million.

In 2012, The-Dream announced to the world that he earned approximately $15 million off of Rihanna's song, "Umbrella." After he made the claim, Rolling Stone and various other experts agreed that this amount was grossly exaggerated even if the track sold 4 million copies and the album sold roughly 3 million. Rolling Stone did a thorough analysis of this claim and calculated the number to be closer to $600,000 – $1.5 million. Not bad, but still not quite $15 million. Also, whatever the true number actually turned out to be, The-Dream would be required to split the royalties with at least three other co-writers, including Jay-Z.

The-Dream was born Terius Youngdell Nash on September 20, 1977, in Rockingham, North Carolina. At age 2, he moved to Atlanta, Georgia, with his mother, and he learned how to play trumpet, guitar, and drums as a child. The-Dream's mother died when he was just 15 years old, and he began writing songs soon after. After his mother's death, he lived with his grandfather, who was a concrete mason.

In the early 2000s, The-Dream wrote the song "Everything" for the B2K album "Pandemonium!," and R&B producer Laney Stewart helped him get a publishing deal. He then began using the pen name The-Dream and started writing and producing with Laney's brother, Christopher "Tricky" Stewart. The-Dream co-wrote the 2003 Britney Spears-Madonna hit "Me Against the Music," which was featured on Spears' "In the Zone" album, and he worked on Nivea's 2005 album "Complicated" as a writer and executive producer. He also co-wrote Rihanna's 2007 single "Umbrella," which earned a Grammy nomination for Song of the Year. The-Dream signed with Def Jam Recordings in 2007 and released his first album, "Love/Hate," on December 11th of that year. Rihanna, Fabolous, and Young Jeezy were featured on the album, and the singles "Shawty Is Da Shit" (featuring Fabolous), "Falsetto," and "I Luv Your Girl" (featuring Young Jeezy) all cracked the top 10 on the "Billboard" Hot R&B/Hip-Hop Songs chart. 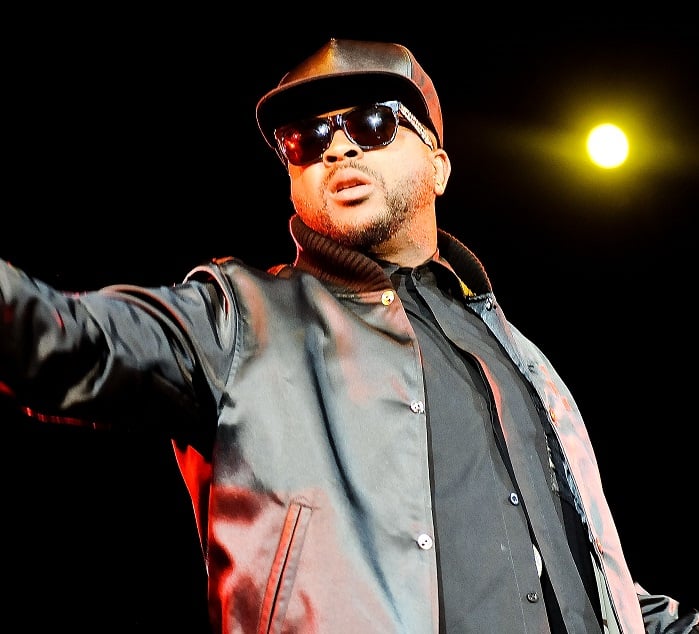 He began a relationship with singer/actress Christina Milian in 2009, and they wed on September 4th of that year. The-Dream filed for divorce on February 17, 2010, and Milian gave birth to their daughter, Violet, nine days later. The divorce was finalized in October 2011, and in 2012, he began dating Lydia Nam. In June 2013, he was arrested on suspicion of domestic violence, but Nam (who was pregnant with his child at the time) did not press charges. The-Dream was arrested again in May 2014 for allegedly kicking, punching, and strangling Lydia in April 2013, but he was cleared of the charges. Nam gave birth to his son in July 2013.

The-Dream has been nominated for 15 Grammys, winning Song of the Year and Best R&B Song for "Single Ladies" in 2010, Best Rap Song for "All of the Lights" in 2012, and Best Rap/Sung Collaboration for No Church in the Wild" in 2013. He won a BET Award for Best New Artist in 2008, and "Throw It in the Bag" won a Viewer's Choice award at the 2009 BET Hip-Hop Awards. The-Dream has also earned nominations from the Mobo Awards (Best Songwriter for "Bed," 2007), American Music Awards (T-Mobile Breakthrough Artist, 2008), Ozone Awards (Best R&B Artist, 2008), Black Reel Awards (Best Song for "No Church in the Wild" from "Safe House," 2013), and International Online Cinema Awards (Best Original Song for "Masterpiece" from "Beyond the Lights," 2015).