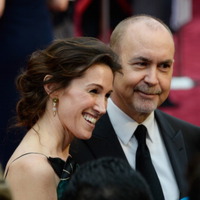 Terence Winter net worth: Terence Winter is an American writer and producer who has a net worth of $16 million dollars. He is most widely recognized for his award-winning writing for "The Sopranos", and he is the creator, showrunner, and head writer for "Boardwalk Empire".

Terence Winter was born in New York, New York, and graduated from New York University. He then went on to earn his law degree from St. John's University of Law. After working as a lawyer in New York for two years, he decided to shift his focus to screenwriting. He relocated to Los Angeles, California, and began his new career in earnest when he was accepted to the Warner Bros. Sitcom Writers Workshop. He went on to write for multiple series and films, including "The Great Defender", "Sister, Sister", "Xena: Warrior Princess", "The Cosby Mysteries", "Diagnosis Murder", "Get Rich or Die Tryin'", "Brooklyn Rules", and "The Wolf of Wall Street".

Personal Life and Real Estate: Terence's longtime partner Rachel is a successful producer who was nominated for an Academy Award for "Dallas Buyers Club".