Ted Griffin net worth: Ted Griffin is an American screenwriter who has a net worth of $16 million. Ted Griffin was born in Pasadena, California in December 1970. He graduated from Colgate University and his brother Nicholas Griffin is also a screenwriter. He created the television series Terriers and also served as a writer and executive producer.

Griffin wrote the films Ravenous, Best Laid Plans, and Ocean's Eleven. He wrote an early screenplay for the 2009 movie Up in the Air and was attached to produce and direct. Ultimately a different script was used for the movie but he was still kept on as an executive producer. Griffin also produced the movies Public Speaking, Prom, and The Wolf of Wall Street. He wrote for the films Killers, Tower Heist, and Solace. As an actor he also appeared in the movies Puddle Cruiser, Must Love Dogs, and The Wolf of Wall Street. Ted married actress Sutton Foster in 2014. 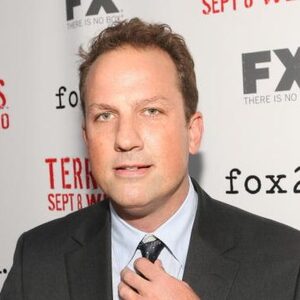