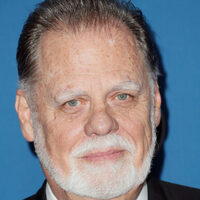 Taylor Hackford Net Worth: Taylor Hackford is an American film director who has a net worth of $100 million. He is perhaps as well-known for being the husband of actress Helen Mirren as he is for his directing credits. Our net worth listed here is a combined net worth with Helen. Taylor directed and produced the movies "Ray", "Proof of Life" and "The Devil's Advocate".

Early Life: Taylor Hackford was born December 31, 1941 in Santa Barbara, California. Taylor's initial passions lay with international relations, which he studied while pursuing a degree in pre-law at the University of Southern California. After graduating in 1968, he headed to Bolivia as part of the Peace Corps, where he began experimenting with a Super-8 camera in his spare time, documenting the world around him. He abandoned law in favor of a film degree from USC's School of Cinema then took a job in the mail-room at the Los Angeles public television station KCET-TV. The position served as a training ground for the aspiring director.

Career: He quickly moved up to the station's cultural programming department where he was among the first in the country to present uninterrupted broadcasts of musical performances from the likes of Bonnie Raitt, Cat Stevens and Leon Russell. From there he worked as an investigative reporter and earned two Emmys and an Associated Press Award. He graduated to film documentaries in 1973 and was soon winning Oscars and racking up hits. His film An Officer and a Gentleman (1982) came close to having a different ending when actor Richard Gere protested to the ending, feeling it was too sentimental. Hackford stuck with the sentimental ending and proved his theory right when even Gere said that (when paired with the music soundtrack) it gave him chills. In a 2005 interview, Hackford confirmed that he never watched his own films.

On July 25, 2009, Hackford was elected President of the Directors Guild of America and re-elected to a second, two-year term on June 25, 2011. His other notable films include 2004's Ray which also won him an Academy Award.

Personal Life: Hackford has been married three times. He met Helen Mirren when she came in to audition for the movie "White Nights". Hackford reportedly kept her waiting for over an hour which caused her to be extremely icy to him. Hackford and Mirren wed in 1997 after 12 years together, despite the fact that as a young woman Mirren had vowed never to marry.

Their primary home is a property in Lake Tahoe, on the Nevada side.