How much is Susan Downey Worth?

Susan Downey Net Worth and Salary: Susan Downey is an American film producer who has a net worth of $20 million dollars. Though it should be noted that a large portion of Susan's personal net worth and assets are attributable to her husband Robert Downey, Jr. Susan Downey was born Susan Levin on November 6, 1973 in Schaumburg, Illinois, where graduated as the valedictorian of the Schaumburg High School class of 1991. Interested in pursuing a career in film production, Levin moved to California and graduated summa cum laude from the University of Southern California School of Cinematic Arts. She began her career at Threshold Entertainment, where she oversaw the development and production of projects based on well-known properties for both the company's film and television slates. These include the feature films "Mortal Kombat" and "Mortal Kombat: Annihilation", as well as the 22-episode TV series "Mortal Kombat: Conquest" which ran on both TNT and in syndication. Downey held the dual posts of Co-President of Dark Castle Entertainment and Executive Vice President of Production at Silver Pictures. Joining Silver Pictures in 1999, she oversaw the development and production of feature films released under both banners, including "Thir13en Ghosts" and "Swordfish". In 2002, she made her producing debut as a co-producer on "Ghost Ship" and then co-produced the 2003 release "Cradle 2 the Grave". Downey went on to produce the features "Gothika" and "House of Wax", and also served as an executive producer on the critically acclaimed comedic thriller "Kiss Kiss Bang Bang". Susan Downey is married to Robert Downey Jr. They began dating sometime around 2003 after meeting on the set of Gothika, and became engaged in November 2003. They married in August 2005. They have two children together and he credits her with helping him get sober and pull his life together.

Robert and Susan Downey Real Estate: Robert and Susan own a number of homes in the Los Angeles area. They have owned a $4 million home in Santa Monica since 2012. In 2009 they spent $13.44 million to buy a seven-acre estate in Malibu that features equestrian facilities. They own a different house in Malibu that they bought in 2017 for $4 million. Susan and Robert own several residential and commercial properties in Venice, California, a $2.5 million home in the Pacific Palisades and a beachfront home in Manhattan beach. In total, Robert's property portfolio is likely worth $40-50 million alone. 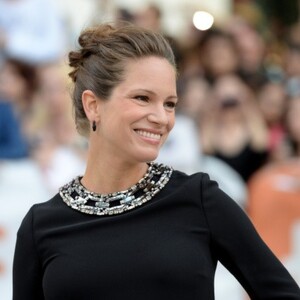