Suroosh Alvi net worth: Suroosh Alvi is a Canadian journalist who has a net worth of $400 million dollars. Suroosh Alvi was born in Toronto, Canada, and went on to graduate from McGill University with a degree in Philosophy. In the mid-90s, just after graduating, he co-launched a punk magazine called, VICE.

The magazine's focus expanded over time. The entire VICE company has since grown to include film, news, music, and publishing arms. As a journalist for VICE, Suroosh Alvi has reported major stories from the Congo and the Gaza Strip, as well as producing a number of award-winning documentaries, including "Heavy Metal in Baghdad" and "Reincarnated". In 2002, he launched VICE Music, a record label representing both established and up-and-coming artists. The label, which has featured such artists as Snoop Lion, Bloc Party, and Chromeo, has sold nearly 7 million albums to date. VICE also has a series of web channels, which show 60 original video series, as well as a publishing department. 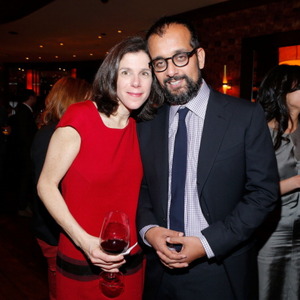