Steven Levitan net worth: Steven Levitan is a producer and writer who has a net worth of $150 million dollars. Levitan earned the majority of his fortune and fame by creating the sitcom "Modern Family".

Born in Chicago, Illinois, Steven Levitan earned his Bachelor's Degree in Journalism from the University of Wisconsin-Madison in the early 80s. He went on to work as an anchorman and copywriter, before the sale of one of his scripts to the television show, "The Wonder Years", prompted a move to southern California with his family. He went on to write, direct, and/or produce a number of popular television shows, including "Wings", "The Larry Sanders", "Frasier", "Greg the Bunny", "Just Shoot Me", "Stacked", "The Critic", "Back to You", "Men Behaving Badly", and most recently, "Modern Family". He has been nominated for seven Emmy Awards and has won three – two for Outstanding Comedy Series for "Frasier" and "Modern Family", and one for Outstanding Writing for "Modern Family". In addition, he was won the Humanitas Award, a CableACE Award, a Producers Guild Award, and a Television Critics Association Award for various other shows. He and writer/producer Christopher Lloyd launched their own production company called, Picture Day, in 2006.

Personal Life: Steven was married to Krista Levitan from 1992 to 2018. In 2016 they temporarily separated and started divorce procedures but eventually reconciled, then they officially and legally divorced. They have three children.

According to the terms of their divorce, Steve will pay Krista $4 million per year in support. They also split their real estate and bank accounts 50/50.

Real Estate: In 2013, the Levitans bought a vacant 3-acre lot in Santa Monica for $8.6 million. He and his wife spent several million dollars developing the property. In September 2017, Levitan sold the property for $41 million, the highest price ever paid for a house in the history of Santa Monica. The buyer was Kevin L. Washington, son of Montana-billionaire Dennis Washington.

In 2002 the Levitans paid $5.4 million for a home in the exclusive Broad Beach neighborhood of Malibu. They listed this home for sale in October 2020 for $16 million.

In 2017 they sold their longtime home in Brentwood for $9.77 million. They buyer was James Corden. 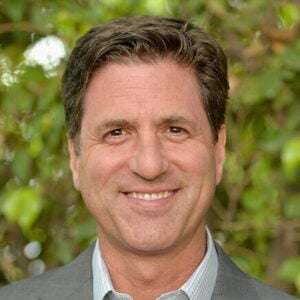