Steven Knight net worth: Steven Knight is an English screenwriter and film director who has a net worth of $50 million. He is most likely known for co-creating the TV game show Who Wants to Be a Millionaire?.

Steven Knight was born in Birmingham, England. He studied at University College London. He first worked as a writer on the television series Commercial Breakdown in 1989. Knight created the TV series Who Wants to Be a Millionaire?, All About Me, Peaky Blinders, Taboo, and See. He has worked as a writer, director, and/or executive producer for the TV series Canned Carrott, The Detectives, A Christmas Carol, and more. Steven Knight wrote the films Dirty Pretty Things, Amazing Grace, Easter Promises, Closed Circuit, The Hundred-Foot Journey, Seventh Son, Pawn Sacrifice, Burnt, Woman Walks Ahead, and The Girl in the Spider's Web. He wrote and directed the movies Hummingbird and Locke and wrote and executive produced the films Allied and November Criminals. Knight wrote, produced, and directed the movie Serenity. He was nominated for an Academy Award in 2004 for Dirty Pretty Things. 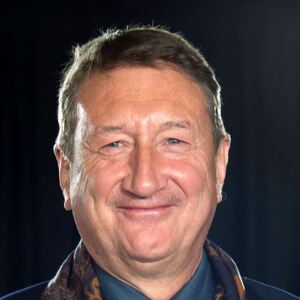