What was Steven Bochco's Net Worth?

Steven Bochco was an American television writer and producer who had a net worth of $150 million at the time of his death. Steven Bochco was known for being the producer behind multiple successful television series including, "Hill Street Blues", "L.A. Law", "Doogie Howser, M.D.", and "NYPD Blue", among others. For his work on those shows, he won multiple Emmy Awards and Peabody Awards. Later in his career, Bochco created the TNT series "Raising the Bar" and "Murder in the First." During his career, Steven Bochco won 10 Emmy Awards, including six for Hill Street Blues. He was inducted into the Television Hall of Fame in 1996.

Steven Bochco was born as Steven Ronald Bochco Masterson on December 16, 1943 in New York City to Jewish parents Mimi and Rudolph. His mother was a painter and his father was a concert violinist. Bochco has an older sister, Joanna, who is an actress. As a teenager, Bochco went to the High School of Music & Art in Manhattan. He subsequently attended the Carnegie Institute of Technology in Pittsburgh, Pennsylvania. There, Bochco studied theater and graduated with his BFA in 1966.

Bochco began his career as a writer and eventually a story editor at Universal Pictures. For the studio, he worked on a number of television crime drama series, such as "Columbo," "Ironside," "McMillan & Wife," and the short-lived "Griff." He also worked on "The Invisible Man." Additionally, Bochco co-wrote the crime film "The Counterfeit Killer" with Harold Clements and the science-fiction film "Silent Running" with Michael Cimino and Deric Washburn. In 1978, he left Universal to join MTM Enterprises, where he created the CBS police procedural series "Paris," starring James Earl Jones.

After being fired from MTM due to the poor reception of his show "Bay City Blues," Bochco had his next smash hit with the NBC legal drama "L.A. Law," which he co-created with Terry Louise Fisher at 20th Century Fox. The show was highly acclaimed for its ensemble cast, intricate writing, and exploration of such major social issues as racism, homophobia, and domestic violence. "L.A. Law" ran for eight seasons from 1986 to 1994, and garnered Bochco three Emmy Awards during its run, including two for Outstanding Drama Series. 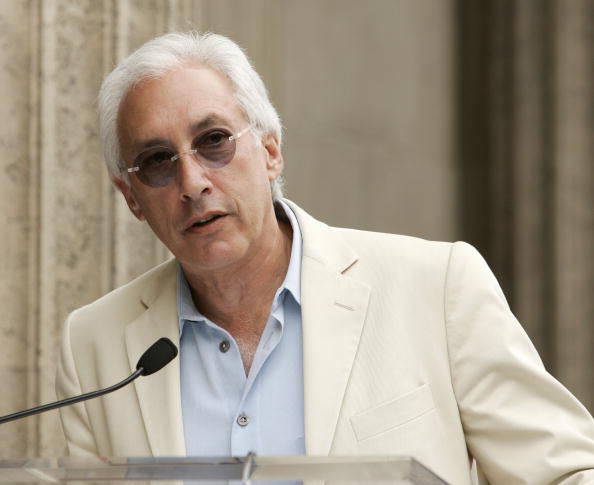 Following the disappointing run of his dramedy series "Hooperman," Bochco created his own production studio, Steven Bochco Productions. His first show created through the studio was the medical sitcom "Doogie Howser, M.D.," starring Neil Patrick Harris as the titular teenage doctor. The hit show ran for four seasons from 1989 to 1993. Next, Bochco co-created the short-lived police procedural musical series "Cop Rock" and the animated series "Capitol Critters." He subsequently achieved major success with the police procedural series "NYPD Blue," which he co-created with David Milch. Running for an incredible 12 seasons from 1993 to 2005, the show earned Bochco an Emmy Award and two Peabody Awards.

In the latter half of the 90s, Bochco co-created the legal drama series "Murder One" and the police drama series "Brooklyn South," neither of which were able to match his past successes. He continued to struggle in the early 2000s with such tepidly received shows as "City of Angels," "Philly," and "Over There." In 2005, Bochco took control of the political drama series "Commander in Chief," and brought in a new team of writers; however, he soon left the show due to conflicts with ABC. His next series was the TNT legal drama "Raising the Bar," which he co-created with David Feige. The show was canceled following its second season. Bochco's final show was another TNT series, "Murder in the First," co-created by Eric Lodal; it ran for three seasons from 2014 to 2016.

Bochco was married a total of three times. His first wife was Gabrielle Levin, to whom he was wed from 1964 until their divorce in 1969. Bochco subsequently married actress Barbara Bosson in 1970; they later divorced in 1997. His third and final wife was television executive Dayna Kalins, to whom he was married from 2000 until his passing in 2018. Bochco has three children, including television director and producer Jesse.

In 2014, Bochco was diagnosed with leukemia. He passed away from the disease in April of 2018 at the age of 74 in his home in Los Angeles.

At the time of his death, Steven Bochco's primary home was a nearly 11,000 square foot mansion in LA's Pacific Palisades neighborhood. In August 2022 this home was offered for sale by Bochco's heirs for $35 million. 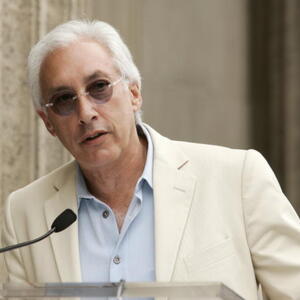