Steve Wiebe net worth: Steve Wiebe is an American video game player who has a net worth of $500 thousand. Steve Wiebe was born in Seattle, Washington in January 1969. He is best known for being a two-time world champion for playing the video game Donkey Kong. Wiebe achieved the first score of more than one million points in a public game when he recorded the score in 2004.

For a living he is a high school math teacher. Steve Wiebe was featured in the 2007 documentary film The King of Kong: A Fistful of Quarters. He scored 1,000,200 in 2008 at the E for All Expo and became the record holder in 2009. In 2010 he got the title back with a verified score of 1,190,400. In 2018 he was named the first person to reach a score of one million points after that record was stripped from Billy Mitchell for cheating. As a singer Steve Wiebe released the album The King of Song in 2009. 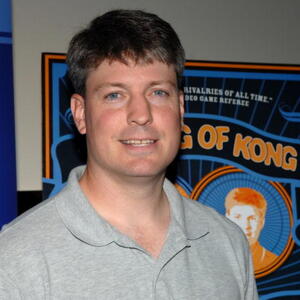