Steve Tisch net worth: Steve Tisch is an American businessman who has a net worth of $1.2 billion dollars. Born in Lakewood Township, New Jersey, Steve Tisch began his professional career as a filmmaker while studying at Tufts University. He went on to work for Columbia Pictures, before branching out on his own, producing the films, "Outlaw Blues", and "Risky Business".

He has gone on to produce some of Hollywood's most successful film projects, including "Forrest Gump", "American History X", and "Snatch". He has also produced such television movies as, "Something So Right", "Out on the Edge", "The People Next Door", and the Emmy-winning, "The Burning Bed". He is the Chairman and Executive Vice President of the New York Giants. He currently produces films with his company, Escape Artist. He holds the distinction of being the only person who has ever won an Academy Award and a Super Bowl Ring. 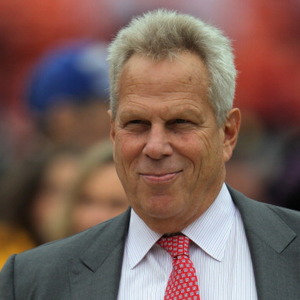