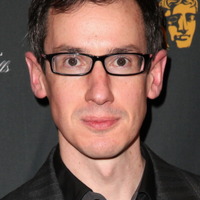 Steve Price net worth: Steve Price is a British film composer who has a net worth of $5 million. Steve Price was born in Nottingham, England in April 1977. He has composed music for several films including Attack the Block in 2011, The World's End and Gravity in 2013, Fury in 2014, The Hunt in 2015, and Suicide Squad in 2016. Price has worked in the music department for several other movies including The Proposition, Crossroads, The Lord of the Rings: The Two Towers, The League of Extraordinary Gentlemen, The Lord of the Rings: The Return of the King, Around the World in 80 Days, Batman Begins, Mr. Bean's Holiday, Nanny McPhee Returns, Scott Pilgrim vs. the World, Paul, Johnny English Returns, and Marley. Price has won several awards including an Academy Award for Best Achievement in Music Written for Motion Pictures, Original Score for Gravity in 2014. He was also nominated for a Golden Globe Award for Gravity.