Steve Lillywhite net worth: Steve Lillywhite is an English record producer who has a net worth of $40 million. Steve Lillywhite was born in Egham, England, United Kingdom in March 1955. He has produced more than 500 records throughout the years and has won six Grammy Awards. In 2006 he won Producer of The Year at the Grammys and in 2012 he was made a Commander of the Order of the British Empire.

Some of the albums Steve Lillywhite has produced include The Crossing, Wonderland, and Steeltown by Big Country, Carry On by Chris Cornell, Hard Candy by Counting Crows, Under the Table and Dreaming, Crash, Before These Crowded Streets, and Away from the World by the Dave Matthews Band, Exile on Mainstream by Matchbox Twenty, Vauxhall and I, Southpaw Grammar, and Maladjusted by Morrisey, Peter Gabriel by Peter Gabriel, Billy Breathes and Joy by Phish, Oh! Gravity. By Switchfoot, Naked by Talking Heats, and many more including several albums by U2. 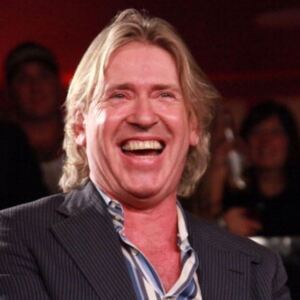