What was Stephen Hillenburg's Net Worth and Salary?

Stephen Hillenburg was an American director, animator, writer, producer, voice artist, and marine biologist who had a net worth of $120 million at the time of his death in 2018. Hillenburg is of course remembered for creating the much-loved animated TV series "SpongeBob SquarePants." For the first three seasons, Stephen served as showrunner with Nickelodeon. Today, the show has become the fifth-longest-running animated series in the United States.

Before he ventured into the world of cartoons, Hillenburg was a professionally-trained marine biologist. He once served as an instructor for the Orange County Marine Institute. During this period, he wrote a picture book about tide-pool animals. The experience led him to venture more towards a career in animation, and he subsequently studied animation at the California Institute of the Arts.

His first animation credits came with shows like "Rocko's Modern Life" with Nickelodeon. By the early 90s, he was developing many of his characters for "SpongeBob SquarePants," some of whom were based on his earlier picture book. The show first aired in 1999, and it is still running today. Along with acting as the showrunner and executive producer, Hillenburg is known for directing "The SpongeBob SquarePants Movie" in 2004 and for co-writing the script for "The SpongeBob Movie: Sponge Out of Water." In recognition of these achievements, Hillenburg has won two Emmy Awards and six Annie Awards.

In 2017, Stephen was officially diagnosed with ALS. A year later, he died at the age of 57. He continued to work on "SpongeBob SquarePants" for as long as possible before his eventual passing.

Stephen McDannell Hillenburg was born on August 21st of 1961 in Lawton, Oklahoma. Born on the US Army post of Fort Sill, Stephen spent just a year in Lawton before his family relocated to Orange County, California. His father left the army and started working as a draftsman and designer in the aerospace industry. Stephen was raised alongside a younger brother in Anaheim.

From a young age, Hillenburg became enamored by the films of iconic French oceanographer, Jacques Cousteau. He also loved to explore tide pools and collecting various animals. At the same time, Stephen also became interested in art and displayed considerable talents from a young age.

As a high school student, Stephen played the trumpet and went snorkeling and diving in his spare time. This inspired him to study marine biology in the future. During this period, he also worked as a fry cook, which inspired SpongeBob's profession in the series. After graduating from high school, Hillenburg studied marine science at Humboldt State University. He also minored in art and developed his painting skills during his college years. Stephen eventually graduated in 1984 with a bachelor's degree in natural resource planning and interpretation, with a focus on marine resources.

After graduating from college, Stephen took various odd jobs before finding a teaching job at the Orange County Marine Institute. He spent the next three years teaching children about tide-pool ecology, nautical history, diversity, and adaptation. Although the experience was rewarding, it helped Stephen realize that art was his true calling. As luck would have it, he had the opportunity to use his art skills to create "The Intertidal Zone," a picture book for young marine biology students. This illustrated book featured many characters that would later become the cast of SpongeBob SquarePants. Unfortunately, the book was rejected by publishers.

In 1987, Hillenburg left his job to become an animator, enrolling in the Experimental Animation Program at the California Institute of the Arts. In 1992, he graduated with a Master of Fine Arts in experimental animation. 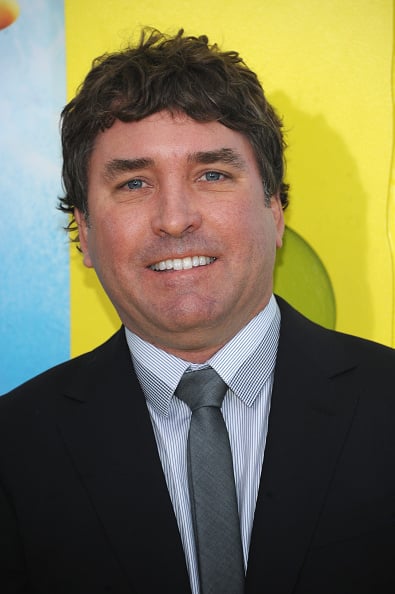 After a couple of "trippy" and well-received independent animated short films, Hillenburg was hired as director for "Rocko's Modern Life." This was his first job with Nickelodeon. He kept this job for the entire run of the show, and he also produced, wrote, and storyboarded many of the episodes. When the final season rolled around, he was promoted to creative director. Stephen was in the process of paying back significant student loans when he got this job, and it allowed him to pay back many of his debts.

During his time working with several Nickelodeon writers and executives, he was encouraged to create a TV show based on his picture book "The Intertidal Zone." He eventually pitched the concept to Nickelodeon wearing a Hawaiian shirt with an underwater terrarium, and he was given the funds to create the project. After first airing in 1999, "SpongeBob SquarePants" has become one of the most recognizable animated series in history.

After just a few months, the show had become the highest-rated children's series on the air. Today, it has generated more than $12 billion in merchandising revenue alone. Eventually, Hillenburg began to play a less central role on the series as he focused on creating SpongeBob SquarePants movies. 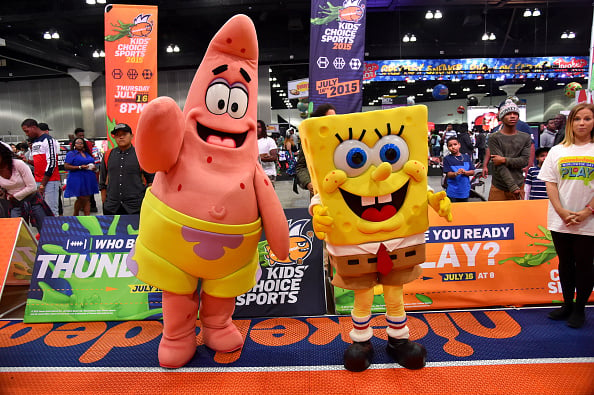 In 2017, Hillenburg revealed that he had been diagnosed with amyotrophic lateral sclerosis (ALS). This fatal neurodegenerative disease affects the brain and spinal cord. On November 26th of 2018, Stephen passed away at the age of 57.

In 2006, Stephen and Karen Hillenburg paid $2.5 million for a home in San Marino, California. After her husband's passing, Karen listed the home for sale for $4 million in February 2021. She sold it a month after it first hit the market for a little over $5 million. Originally constructed in 1959, the home features 3,795 square feet of living space, four bedrooms, a walk-in bar, and plenty of floor-to-ceiling glass windows. Outside, there is a lap pool and a detached guesthouse. 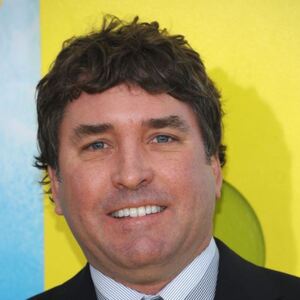