Stephen Bing Net Worth: Stephen Bing was an American heir, businessman, film producer, and donor to progressive causes. At the peak of his life and career, Stephen Bing had a net worth of $600 million. Some outlets have reported that his fortune was mostly gone when he committed suicide on June 22, 2020 at the age of 55. It's unclear if these allegations are true. If his fortune was indeed less than the peak of $600 million, at least part of the decrease was thanks to Stephen's generous philanthropy. During his lifetime he gave tens of millions of dollars to charity, that we know about. Perhaps much more that we don't know about.

Stephen Bing was a real estate developer, film producer, and the founder of Shangri-La Business Group, which holds interests in everything from property to music. He also contributes heavily to environmental causes and the Democratic Party. He gained widespread notoriety after having a child with actress Elizabeth Hurley.

He was born Stephen Leo Bing on March 31, 1965. Bing inherited an estimated $600 million at the age of 18. A child of working parents Helen, a nurse, and Peter Bing, a doctor in public health, Stephen Bing received the wealth form his grandfather, Leo S. Bing, who had made his fortune in New York real estate in the 1920s.

While he was still attending the elite LA Harvard-Westlake private school, Stephen wrote (with veteran sitcom writer Arthur Silver) his first screenplay, "Missing in Action". The screenplay was turned into a movie starring Chuck Norris which had a sequel.

Bing dropped out of Stanford University in his junior year to pursue a career in Hollywood. Over the years Stephen produced dozens of movies. Notable projects include Kangaroo Jack (which he co-wrote), Get Carter, Beowulf and The Polar Express. He personally invested $100 million for the $200 million budget of The Polar Express, an animated film featuring the voice of Tom Hanks. The movie earned $285 million globally and became one of the year's top box office successes. He financed and produced the independently released Jerry Lee Lewis album and Last Man Standing. He also produced the Martin Scorsese-helmed Rolling Stones documentary Shine a Light.

Bing was the founder of the Shangri-La business group, an organization with interests in property, construction, entertainment, and music.

As for his private life, Bing has attracted media attention for dating some of the world's most beautiful women, as well as for being involved in high-profile lawsuits. It was in 2001 that he was embroiled in two separate paternity cases, one involving model/actress Elizabeth Hurley and another with Lisa Bonder.

Bing was a longtime friend of Bill and Hillary Clinton. In 2009 when two journalists were freed from North Korea, Bill and Steve flew on Steve's private plane to escort the women home. 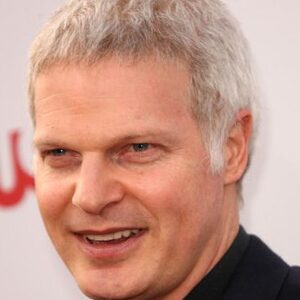