Stephen Belafonte Net Worth: Stephen Belafonte is an American producer and director who has a net worth of $1 million. Stephen Belafonte was born in Hollywood, California in May 1975. He graduated from Loyola Marymount University. Stephen married singer, actress, and television personality Melanie Brown in June 2007. He served as associate producer for the 2004 film Never Die Alone and the 2005 film Thank You for Smoking. Belafonte produced the 2004 documentary Prison Ball and co-produced the 2005 film The Crow: Wicked Prayer. He served as executive producer for the 2006 film Sisters and produced an episode of the 2006 TV series I Pity the Fool and the TV series Singing Office in 2008. Stephen produced the films Mutant Chronicles in 2008 and Bad Lieutenant in 2009. He executive produced two episodes of his wife's TV series Mel B: It's a Scary World in 2010. He has also appeared on the TV series Dancing with the Stars and The X Factor. Belafonte directed and produced the video documentary Straight from the Projects: Rappers That Live the Lyrics – 3rd Ward, New Orleans in 2004. Stephen has one daughter with Mel B.

Divorces and financial issues: In 2017 Mel B filed for divorce from Belafonte. In her court filings she claimed that Stephen was physically abusive to her for over a decade, though it should be noted that cops were never called once. Mel got a restrainer order. She claims that one of the more physical attacks happened because Belafonte was jealous of her relationship with fellow X-Factor Australia judge Usher. She claims that Belafonte has been "abusive and demanding" to her producers and agents for years.

In July 2017, a judge ordered Mel B to pay her ex-husband Stephen Belafonte $40,000 per month in spousal support. During this trial we learned that Mel has reportedly blown through the majority of the fortune she earned during the peak of her career, which at one point topped $30 million. One petition during the case revealed that Mel had less than $1300 in her main checking account. The same petition showed that Mel earns around $240 thousand per month as a judge on America's Got Talent. The couple co-own a $6.5 million mansion, but have a $3 million mortgage. 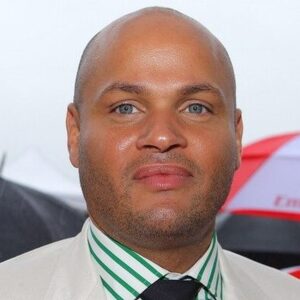