Stephan Moccio net worth: Stephan Moccio is a Canadian composer, producer, pianist, arranger, conductor, and recording artist who has a net worth of $30 million. Stephan Moccio was born in St. Catharines, Ontario, Canada. He co-produced and co-wrote songs for the film Fifty Shades of Grey and its soundtrack including "Earned It" by The Weeknd and "I Know You" by Skylar Grey. Moccio co-wrote the Miley Cyrus song "Wrecking Ball" as well as the Celine Dion song "A New Day Has Come". Stephan Moccio co-wrote the theme song "I Believe" for the 2010 Winter Olympics. He has worked with several other artists including Avril Lavigne, Dua Lipa, Seal, Ellie Goulding, James Blunt, Shaffer "Ne-Yo" Smith, Jason Derulo, BeBe Winans, Fergie, and more. He served as a judge on the reality television series Canada's Got Talent as well as serving as a mentor and producer on the reality TV series The Launch. 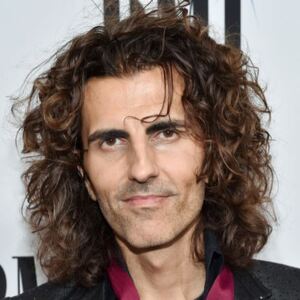