Steelo Brim net worth: Steelo Brim is an American producer, actor, and television host who has a net worth of $3 million dollars. Steelo Brim, was born Sterling Brim on June 15, 1988 in Chicago, Illinois, where he grew up in a religious family. Both of his parents are pastors. He began his professional acting career in the early 2000s with a role in the film, "Hardball".

From there, he shifted his focus to music and moved to Los Angeles at the age of 19 in pursuit of a career in the music industry. He worked for various radio stations, and as an A&R executive, until he was invited to co-host, "Ridiculousness", an MTV show that showcases viral videos. The show has been airing successfully since 2011, and he is now Creative Producer as well as co-host. In addition to his work on "Ridiculousness", he has also appeared on "Rob Dyrdek's Fantasy Factory" and in the short film, "Orange Drive". In 2012, he branched out into voiceovers, providing the voice of Meaty in the cartoon, "Wild Grinders" on NickToons. The cartoon was created and produced by Rob Dyrdek. Steelo was a regular on "Rob Drydek's Fantasy Factory" which premiered in March 2009 and ran until 2015. From 2011 to the present, Steelo has appeared on the MTV show Ridiculousness. Brim appeared in an episode of the TV series Teenage Mountain Lion in 2014 and in the video game NBA 2K17. In 2014 he executive produced the TV mini-series documentary Basic Math Day One. 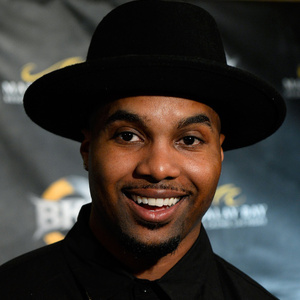