What is Stan Lathan's Net Worth?

Stan Lathan is an American television director, film director, and television producer who has a net worth of $10 million. Stan Lathan is a television and film director, best known for directing several of Dave Chappelle's stand-up comedy specials, including the controversial "Sticks & Stones" and "The Closer." He also directed numerous episodes of the reality television parody series "Real Husbands of Hollywood," which originally aired on BET from 2013 to 2016. Among his other credits, Lathan directed the 1984 film "Beat Street," and directed episodes of such classic shows as "Sanford & Son," "Hill Street Blues," and "Cagney & Lacey." Stan is the father of actress Sanaa Lathan.

Stan Lathan was born on July 8, 1945 in Philadelphia, Pennsylvania as the youngest of three sons of Stanley and Julia. His older brothers are William, a medical doctor, and Charles, a musician. As a teen, Lathan went to Overbrook High School, graduating in 1963. He subsequently attended Pennsylvania State University, from which he obtained his BA in theater in 1967. Lathan went on to earn his MA from Boston University.

Lathan began his television career in the late 60s at the local Boston station WGBH-TV. Due to the efflorescence of the civil rights movement at the time, he was hired to help create and direct the show "Say Brother," which was made by, about, and for African-Americans. Later, in 1973, Lathan was brought to Los Angeles to direct episodes of the NBC sitcom "Sanford & Son." He subsequently directed episodes of a number of other popular television series, including "Hill Street Blues," "Cagney & Lacey," "Remington Steele," and "Miami Vice." Among his other early television directing credits, Lathan directed dramas for the PBS anthology series "Great Performances" and "American Playhouse," and also directed three seasons of the PBS variety program "SOUL!"

In the 90s, Lathan directed the pilot episodes of many African-American-focused television sitcoms. He directed the pilots of "Martin," "South Central," "Moesha," "The Parkers," and "The Steve Harvey Show," among others. Lathan continued to direct pilots in the 2000s, with his credits including "Cedric the Entertainer Presents," "All of Us," "Eve," and "The Soul Man." In 2006, he co-created the MTV reality series "Run's House," about the family life of rapper Joseph Simmons. Two years after that, Lathan created the docu-reality series "Brave New Voices" for HBO.

Lathan did some of his most prolific work for a television show on the reality television parody series "Real Husbands of Hollywood." For the series, which was created by comedians Kevin Hart and Chris Spencer, Lathan directed numerous episodes. "Real Husbands of Hollywood" originally ran on BET from early 2013 to late 2016; it was later revived for the streaming platform BET+ in early 2022. 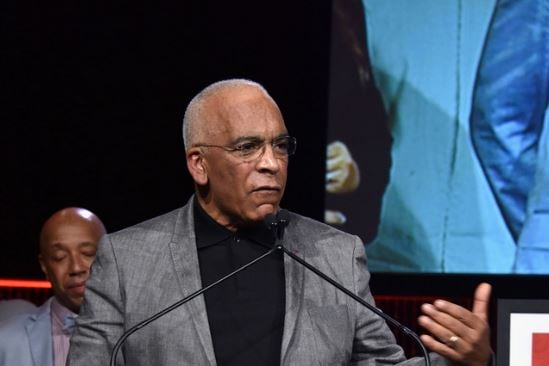 Lathan has created and directed a myriad of stand-up comedy series and specials for television over the years. Notably, he has directed many of Dave Chappelle's specials, with the first being HBO's "Killin' Them Softly" in 2000. Lathan went on to direct the Chappelle special "For What It's Worth" in 2004. Later, in 2017, he directed four Chappelle specials for Netflix: "The Bird Revelation," "Equanimity," "The Age of Spin," and "Deep in the Heart of Texas." Lathan also directed Chappelle's highly controversial Netflix specials "Sticks & Stones" and "The Closer," which were accused of racism, homophobia, and transphobia.

Beyond Chappelle, Lathan's most significant contribution to stand-up comedy was arguably the HBO series "Def Comedy Jam," which he co-created with Russell Simmons. The series ran from 1992 to 1997, and earned Lathan a Peabody Award. He subsequently co-produced "Def Poetry Jam on Broadway," which won a Tony Award. Among other stand-up comedy specials and series, Lathan directed "Cedric the Entertainer: Taking You Higher" for HBO; "The Ruckus" for Comedy Central; and "Mo Amer: The Vagabond" for Netflix.

For the big screen, Lathan directed the 1984 dance drama film "Beat Street." Set in the South Bronx of New York City, the film focuses on a pair of brothers and their friends as they engage in various elements of the early hip hop scene. "Beat Street" stars Rae Dawn Chong, Guy Davis, Saundra Santiago, Leon W. Grant, and Jon Chardiet, among others.

Lathan has won a host of accolades for his directing and producing work, including multiple NAACP Image Awards. In 2014, he was feted by the Directors Guild of America, and in 2017 earned the Trailblazer Award from the Apollo Theater. Lathan has also won Grammy Awards for the albums of Dave Chappelle's specials "Equanimity" and "Deep in the Heart of Texas," as well as an Emmy Award for the former special. Additionally, he has the aforementioned Peabody and Tony Awards.

From 1970 to 1977, Lathan was in a romantic relationship with Eleanor McCoy. In 1982, he married his wife Marguerite. Lathan has five children, including actress Sanaa. 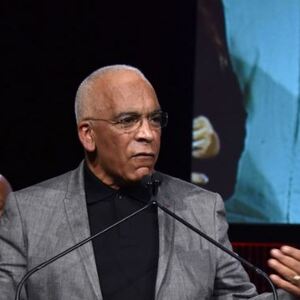