Siegfried Fischbacher was born in Rosenheim, Bavaria, Germany in June 1939. Siegfried began practicing magic when he was a child and Roy was exposed to exotic animals when he was 10 through a family friend. They met in 1957 when they were both hired to work on a cruise ship. The duo was fired from the ship for bringing a live tiger on board but began working on a cruise ship. The two decided to combine forces and in the 1960s were performing in clubs around Europe and on cruise ships.

The duo became internationally famous thanks to their Las Vegas residency. They performed at the Mirage Resort and Casino in Las Vegas, Nevada from 1990 until Horn's career ending injury in 2003. At their peak in the late 90s and early 2000s, the show was generating more than $60 million per year in revenue (roughly $90 million after adjusting for inflation). During their time on stage, they performed for an estimated 25 million people.

The duo also served as executive producers for the animated sitcom Father of the Pride from 2004 to 2005. As an actor Siegfried Fischbacher appeared in the films Lookin' to Get Out, Vegas Vacation, Ocean's Eleven, and Showboy.

Las Vegas Real Estate: Siegfried and Roy lived together on a 100-acre estate in Las Vegas known as Little Bavaria that was acquired for $10 million. Little Bavaria consists of several connected mansions, grounds as large as a dozen football fields, and an aquatic park, none of which is open to the public. Their private animal sanctuary features horses, dogs, cats, bids, swans and, obviously, tigers. Over the years the duo has owned, and still owns, a number of other homes in the Las Vegas area. 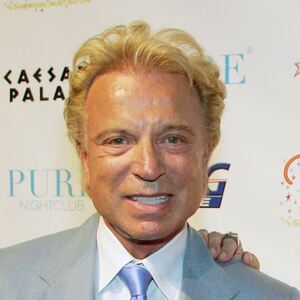