Shonda Rhimes net worth: Shonda Rhimes is an American director, writer, author, and producer who has a net worth of $140 million. She is most famous for being the creator, executive producer, and head writer of the shows "Scandal," "Grey's Anatomy," and "Private Practice," among others.

Early Life: Shonda Lynn Rhimes was born in Chicago, Illinois on January 13, 1970. She is the youngest of six children. Shonda attended Marian Catholic High School. While in high school, she served as a hospital volunteer, which inspired an interest in hospital environments. She attended Dartmouth College where she majored in film studies. Shonda graduated with her BA in 1991. After undergrad, Shonda moved to San Francisco to work for an ad agency. She moved to Los Angeles to enroll in the MFA program at the USC School of Cinematic Arts. She focused on screenwriting and was at the top of her USC Class.

Career: After graduating from USC, Rhimes, like so many other new college grads, was an unemployed screenwriter in Hollywood.  She worked on the 1995 documentary "Hank Aaron: Chasing the Dream," which won the Peabody Award in 1995.

Rhimes was hired to write the 1999 HBO movie "Introducing Dorothy Dandridge." In 2001, Rhimes wrote "Crossroads," Britney Spears' debut film. Rhimes next worked on writing the sequel to "The Princess Diaries." Rhimes has often talked about the wonderful experience she had writing  2004's " The Princess Diaries 2: Royal Engagement." She especially enjoyed working with Julie Andrews. Rhimes wrote her first TV pilot for ABC in 2003, but the network turned it down. 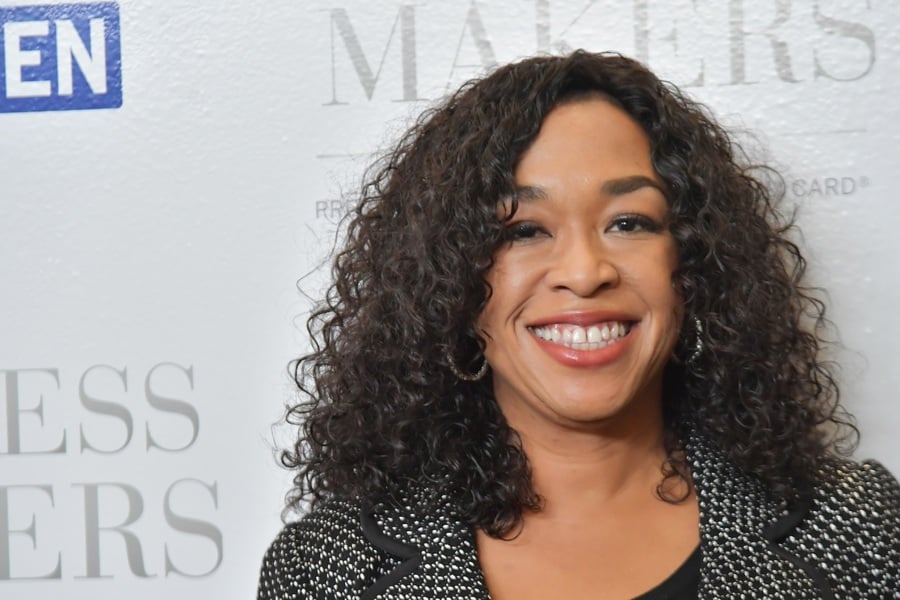 In May 2011, ABC ordered Rhimes' pilot script "Scandal" to series. Kerry Washington starred as Olivia Pope, a political crisis management expert. "Scandal" ran for seven seasons debuting in April 2012 with its finale episode in April 2019. In December 2013, ABC ordered a pilot for a new Rhimes series, "How to Get Away with Murder." Actress Viola Davis joined the cast as the lead character in February 2014. It was officially picked up to series on May 8, 2014. In May 2019, ABC renewed the series for a sixth and final season, which premiered on September 26, 2019.

On August 14, 2017, Netflix announced that it had entered into a development deal with Rhimes, under which all of her future productions will be Netflix Original series. It is a multi-year, exclusive deal that is on top of the fact that the streamer had already bought the U.S. streaming rights to all past episodes of "Grey's Anatomy" and "Scandal."

In June 2018, Netflix announced that the first project under the deal will be an adaptation of the New York Magazine story "How Anna Delvey Tricked New York's Party People, " which was written by Jessica Pressler. Rhimes' version of the story will be called "Inventing Anna," and will be a 10-part series starring "Veep's" Anna Chlumsky as a journalist (presumably based on Pressler) investigating a German heiress, played by "Ozark's" brilliant Julia Garner. "Orange Is the New Black's" Laverne Cox and "Scandal's" Katie Lowes also star. Filming of "Inventing Anna" reportedly started in October 2019, so presumably, the production had time to wrap before the coronavirus pandemic stalled film and television production (and everything else).

In 2017, Rhimes told E! that she and "Grey's Anatomy" star Ellen Pompeo (Meredith Grey) have a longstanding deal to do the show as long as Pompeo wants. "Ellen [Pompeo] and I have a pact that I'm going to do the show as long as she's going to do the show. So, the show will exist as long as both of us want to do it. If she wants to stop, we're stopping. So, I don't know if we'll see 600, but I want to keep it feeling fresh. As long as there are fresh stories to tell and as long as we're both excited about the stories being told, we're in. So, we'll see where that takes us." As of 2020, "Grey's Anatomy" is scheduled to run through the 2020-2021 season, though that is expected to be delayed by the coronavirus pandemic. For what it's worth, Kim Raver, Kevin McKidd, and Camilla Luddington have three-year contracts with "Grey's Anatomy" as of the 2020-2021 season. This is leading fans to speculate that Rhimes and Pompeo have a three-year plan for ending "Grey's Anatomy." There is no cold hard evidence of this rumor.

In 2018, "Station 19," the second "Grey's Anatomy" spinoff series to be produced by Shondaland, premiered on ABC. It is about a group of Seattle firefighters and EMTs with ties to Grey Sloan Memorial Hospital and various "Grey's Anatomy" cast members.

In 2020, the Rhimes-produced "Bridgerton" will debut on Netflix. The series reunites Rhimes with Julie Andrews. It is based on Julia Quinn's best-selling novels about the competitive world of the Regency era of high society in London.

Personal Life: Rhimes adopted her first daughter in June 2002 and adopted another girl in February 2012. In September 2013, Rhimes welcomed her third daughter via a surrogate.

In 2014, Rhimes gave a commencement address at her alma mater, Dartmouth College, where she received an honorary doctorate.

In September 2015, Rhimes revealed she had lost 117 pounds via exercise and dieting.

The Snow Patrol song "Chasing Cars" always makes Shonda cry. It was the song playing in the episode of "Grey's Anatomy" on which Derek Shepherd (Patrick Dempsey) dies. And that was on purpose. That episode (Season 11, Episode 21) is called "How To Save a Life," which is coincidentally the name of a song by The Fray. Rhimes switched the song playing when Derek died to "Chasing Cars" at the last second before it was set to air. The production crew didn't know if the song could be changed. Rhimes said: We didn't know it was going to happen until it aired on the East coast. The entire post-production team was standing around the little monitor that is the East coast feed, down the hall, listening and waiting to see if it was going to happen. When it did, you could hear a cheer erupt." "Chasing Cars" played while Meredith sat by Derek's side as the medical team took him off life support.

Salary Highlights: In 2017, Rhimes signed a four-year deal with Netflix worth a reported $100 million. Shonda's fortune has been supplemented by her years at ABC with the long-running shows she has created. She does not just get a fee for each episode she produces of each of her shows—and that's more than 317 for Grey's Anatomy alone. She also made an additional $10 million a year over from 2015 to 2018 from ABC and at least 10% of the profit when her shows were syndicated or sold to streaming services. That amounts to about $1 million an episode for Rhimes.

Real Estate: In 2017, Shonda dropped $4.6 million for a Tudor-style home built in the 1920s in the Los Angeles neighborhood of Hancock Park. This is Rhimes' third home in the area. The home has four bedrooms and four and a half bathrooms and is just under 5,000 square feet. 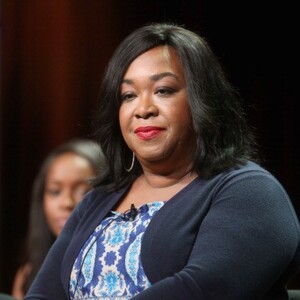