Sherwood Schwartz was born on November 14, 1916 in New Jersey. He originally moved to California to pursue a Master's degree in biology. To earn extra money while studying, he took a job writing jokes for Bob Hope's radio show. He got the job through his brother, Al Schwartz, a television writer who would also go one to great success in the 1960s and 70s.

It wasn't long before Hope noticed Sherwood's jokes. He was soon asked to drop out of school and join Hope's writing staff full-time. From then on, Schwartz's chosen career was comedy. He wrote for TV shows like The Adventures of Ozzie and Harriet and The Red Skelton Show, where he served as head writer.

In 1965 Sherwood created the series "Gilligan's Island" which aired 98 episodes over three seasons. In 1969 he created "The Brady Bunch" which aired 117 episodes over give seasons. These shows, while never popular among critics, were huge hits, and continue to be popular in reruns, reunion specials, and movies to this very day. More importantly, those two shows would live-on indefinitely through global syndication and those syndication deals and royalties earned Sherwood a fortune. 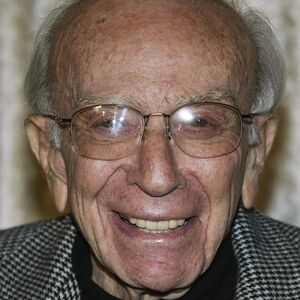