Shep Gordon net worth: Shep Gordon is an American producer, writer, and agent who has a net worth of $40 million. Shep Gordon is best known for representing and managing huge names in show business like Alice Cooper (who he has been managing for more than 40 years), Blondie, Teddy Pendergrass, Elvis, Raquel Welch, Luther Vandross, Anne Murray, and the comic legend, Groucho Marx.

He is also known for his work on films like They Live in 1988, The People Under the Stairs in 1991, and Prince of Darkness in 1987. Despite his fortune and A-list connections, Gordon comes across as modest and thoughtful. He lives in Maui, where he enjoys cooking for world-renowned chefs, spiritual leaders and other admirers. Gordon is at the center of a documentary film that was directed by Mike Myers called, Supermensch: The Legend of Shep Gordon. At the heart of "Supermensch" is Gordon's emphasis on friendship and family. Though he has no biological children, Gordon financially supported and became a father figure to an ex-girlfriend's four young grandchildren. Gordon met Mike Myers in 1991 while making Wayne's World and the two have been close ever since. In 1992, Gordon famously wooed Sharon Stone who ended up introducing Gordon to the Dalai Lama. His conversations with the Dalai Lama transformed Gordon into what he calls a "JewBu", a Jewish Buddhist. While the Dalai Lama was visiting Hawaii, Gordon cooked for him and spent hours researching what he would like to eat and drink so he could prepare it for his special guest. Gordon met his current wife, Renee Loux, a prominent chef, when one of their mutual friends insisted on a professional meeting to discuss Gordon possibly managing Loux's budding culinary career. The relationship took off from there and the couple were married in 2009 in Hawaii. 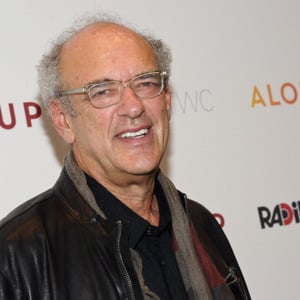