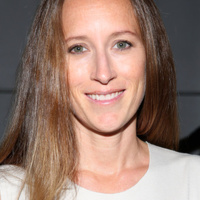 Shauna Robertson Net Worth: Shauna Robertson is a Canadian film producer who frequently works with Judd Apatow and who has a net worth of $35 million dollars. Shauna Robertson was born December 18, 1974 in Toronto, Ontario where she grew up on a farm just outside Markham, Ontario, where her father taught hang gliding and her mother was a yoga instructor. Robertson dropped out of high school when she was 16 and moved to Los Angeles. She became an assistant to Mike Binder, who she had met at Camp Tamakwa, memorialized in his 1993 film "Indian Summer" She went on to work for Hart Bochner, Jay Roach, and Adam McKay. It was while working with McKay on "Elf" that she met Will Ferrell, who brought her to work on the set of "Anchorman: The Legend of Ron Burgundy", where she met Judd Apatow for the first time. With Apatow, she produced 2005's "The 40-Year-Old Virgin", 2007's "Knocked Up" and "Superbad", and 2008's "Forgetting Sarah Marshall" and "Pineapple Express". While Robertson believes that her role as a female producer is to balance out the male humor in films, Apatow has said that she is "the rare woman who always wants to take the joke farther than any man wants to go. All nudity in my films is a result of Shauna pushing me and calling me a wimp." After six years of dating, Robertson became engaged to actor Edward Norton in 2011, and they married in 2012. They have one son, born in March 2013. Robertson appeared in the movie High School High in 1996.