Shane Black net worth: Shane Black is an American screenwriter, producer, director, and actor who has a net worth of $16 million. Shane Black was born in Pittsburgh, Pennsylvania in December 1961. He made his debut as an actor in the film Night of the Creeps in 1986. He wrote the movies Lethal Weapon, The Monster Squad, Lethal Weapon 2, The Last Boy Scout, Last Action Hero, and The Long Kiss Goodnight. Black wrote and directed the films Kiss Kiss Bang Bang, Iron Man 3, and The Nice Guys. He is scheduled to write and produce the movies The Destroyer, Doc Savage, and The Predator. Black won the Filmmaker's Showcase Award from the Academy of Science Fiction, Fantasy & Horror Films in 2006. He also won awards for Best Screenplay at the San Diego Film Critics Society Awards and the Utah Film Critics Association Awards for Kiss Kiss Bang Bang in 2005.

Here is a quick list of the major salaries Shane received from his films (this does not include back-end profit participation): 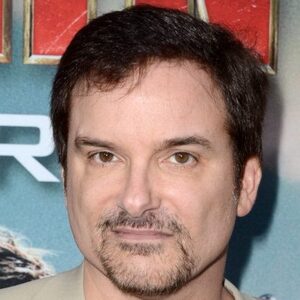