Sean Evans net worth: Sean Evans is an American YouTube personality and producer who has a net worth of $8 million. Sean Evans was born in Evanston, Illinois in April 1986. He hosts the YouTube series Hot Ones and interviews celebrities while they are eating chicken wings that get progressively spicier. He became popular for eating spicy food like the Carolina Reaper on YouTube. Evans formerly worked as a copywriter for the Chicago tourism board and graduated from the University of Illinois. He worked for Complex Magazine as a freelancer and interviewed celebrities including Stephen Curry and 2 Chainz. On Hot Ones he has interviewed celebrities including Shaquille O'Neal, Jeff Goldblum, Charlize Theron, Guy Fieri, Gordon Ramsay, "Weird Al" Yankovic, Post Malone, Scarlett Johannsson, Neil deGrasse Tyson, Paul Rudd, and more. Sean Evans and one guest typically eat ten wings each with each having progressive hotter hot sauce, concluding with The Last Dab Reduxx with a Scoville rating of two million. 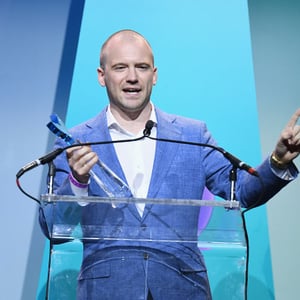