Samuel Goldwyn, Jr. net worth: Samuel Goldwyn, Jr. was an American film producer and member of one of the most famous old Hollywood families who had a net worth of $50 million. Samuel Goldwyn, Jr. was born in Los Angeles, California in September of 1926 and passed away in January 2015. He was the son of motion picture mogul Samuel Goldwyn. Samuel Goldwyn, Jr. served in the U.S. Army during World War II and worked in London as a theatrical producer for Edward R. Murrow at CBS. Goldwyn founded the motion picture production companies The Samuel Goldwyn Company, Samuel Goldwyn Films, and Formosa Productions. Samuel's first job in the movie business came after the war, when he served as an associate producer on the film Good-Time Girl in 1948. After a few years, he graduated to full producer credits, with first film he produced being The Trouble Shooter in 1955. He also served as producer or executive producer on the movies The Sharkfighters, The Proud Rebel, The Adventures of Huckleberry Finn, The Young Lovers, Cotton Comes to Harlem, Come Back, Charleston Blue, The Visitor, Once Bitten, A Prayer for the Dying, Fatal Beauty, April Morning, Mystic Pizza, Outback, Stella, Rock-A-Doodle, The Program, The Preacher's Wife, Tortilla Soup, Master and Commander: The Far Side of the World, and The Secret Life of Walter Mitty, a host of titles that span the many decades of his very long career and life. Goldwyn also has a couple TV credits, having produced The 59th and 60th Annual Academy Awards in 1987 and 1988. He was nominated for an Academy Award for Best Picture for Master and Commander: The Far Side of the World in 2004 and won a Primetime Emmy Award in 1988 for The 60th Annual Academy Awards. Samuel Goldwyn, Jr. passed away on January 9, 2015 at the age of 88 from congestive heart failure. 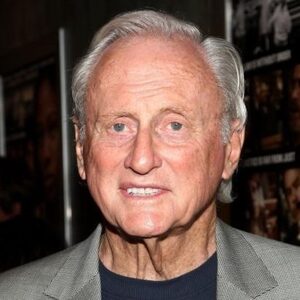