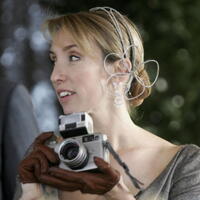 Sam Taylor-Johnson Net Worth: Sam Taylor-Johnson is an English filmmaker, photographer, and visual artist who has a net worth of $20 million. Sam Taylor-Johnson was born on Croydon, London in March 1967. Sam studied at Beacon Community College. She started exhibiting her fine art photography in the early 1990s. She debuted her multi-screen video Killing Time in 1994 and multi-screen videos became her main focus including Travesty of a Mockery and Pent-Up. She was nominated for the annual Turner Prize in 1998 and won the Illy Café Prize for Most Promising Young Artist in 1997. As an actress she appeared in an episode of Boy Meets Girl in 1994. Taylor-Wood directed the short film Misfit in 1996. In 2006 she wrote and directed a segment of the film Destricted. Taylor-Wood directed and produced the 2008 short Love You More. In 2009 she directed the movie Nowhere Boy and in 2011 the short James Bond Supports International Women's Day. Taylor-Wood will direct the upcoming Fifty Shades of Grey movie in 2015. In 2009 she received honorable mention for the Short Filmmaking Award at the Sundance Film Festival. She has also been nominated for three BAFTA Awards. She has overcome cancer twice and was appointed Officer of the Order of the British Empire in 2011. Sam married actor Aaron Taylor-Johnson in 2012 and was formerly married to Jay Jopling. She has four children.