Sam Simon net worth: Sam Simon was an American director, television producer and writer who had a net worth of $100 million at the time of his death. Sam Simon accumulated the vast majority of his wealth as a co-creator of the wildly popular, still-running animated show The Simpsons. Simon was born June 6, 1955. He grew up in Beverly Hills, California where his neighbors were Groucho Marx and Elvis Presley. He attended Beverly Hills High School then Stanford University. He was recruited to Stanford to play football, but quit the team after his first practice. Sam then became the cartoonist for the college newspaper. While still attending Stanford, Sam was hired as the sports cartoonist for The San Francisco Chronicle and Examiner newspapers. When he finally graduated, Sam landed a job as a storyboard artist for Filmation Studios where he would go on to work on cartoons like Fat Albert and the Cosby Kids. Simon's big break came in 1981 when he submitted a spec script (unsolicited) to the hit show Taxi. The show ended up being accepted and produced later that year. Simon was also hired as a writer on the show and eventually became Taxi's showrunner for the show's final season. He was just 30 years old which made him the youngest showrunner ever on a major network show, up to that point. After Taxi, Simon was hired as a writer for the first three seasons of Cheers.

The Simpsons
While working on Taxi, Simon befriended the prolific producer James L. Brooks. In 1987 Brooks was working on The Tracey Ullman show, a comedy sketch/variety show that eventually ran four seasons on the nascent Fox network. During the second season, Brooks decided to add animated cartoon shorts before and after the commercial breaks. At the time, Brooks was a fan of a Matt Groening's syndicated newspaper comic strip "Life in Hell". On April 19, 1987, the first incarnation of "The Simpsons" appeared on The Tracey Ullman show. Two years later, Groening teamed up with Sam Simon and James L. Brooks to develop "The Simpsons" into its own full half hour series. The Simpsons TV series premiered on December 17, 1989 and as we all know would eventually go on to become one of the most successful shows in the history of television. Sam Simon served as creative supervisor for the first four seasons and hired the first writing team. Even though Simon only worked on the show for four out of 24 seasons, he is widely considered the creative force behind the show today. Simon helped design the fictional world of Springfield and conceived of many characters including Mr. Burns, Chief Wiggum, Lou, Eddie, Bleeding Gums Murphy and Dr. Hibbert.

After four seasons, Simon had grown tired of the grind of a weekly television show. He had also begun frequently clashing with his co-executive producers Matt Groening and James L. Brooks. In 1993, when Sam Simon officially left The Simpsons, he negotiated a deal that would allow him to keep his points (back-end equity) and his credit as executive producer for the rest of the show's run. He also negotiated a percentage of a little known thing called home-video rights. Today, between points, executive producer credits and home video rights, Sam Simon earns $20-30 million per year off a show that he hasn't worked on since 1993.

Philanthropy
Simon was a passionate animal rights activist and has spent the last 20 years of his life dedicated to various animal causes. The Sam Simon Foundation built and manages a six acre luxury dog rescue shelter in Malibu, California dedicated to saving dogs that were set to be euthanized. The Sam Simon Foundation also provides vegan meals for more than 200 hungry families in Los Angeles EVERY DAY. Furthermore he has donated millions upon million of dollars to PETA and the Sea Shepherd Organization (anti-whaling). The PETA organization named their Virginia headquarters after him and the Sea Shepard Organization named one of their anti-whaling boats the SSS Sam Simon: 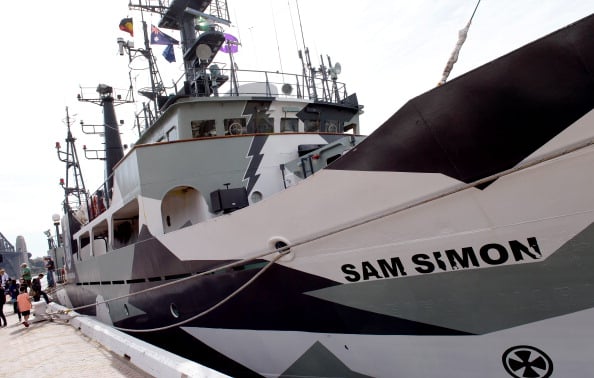 Other Ventures
Simon was also an avid poker player and amateur boxer. He was married to actress Jennifer Tilly from 1984-1991. He was then married to Playboy Playmate Jami Ferrell for just three short weeks.

In 2012, Sam was diagnosed with cancer and give 3-6 months to live. Simon lived beyond his six month mark but ultimately passed away in Pacific Palisades on March 8, 2015. 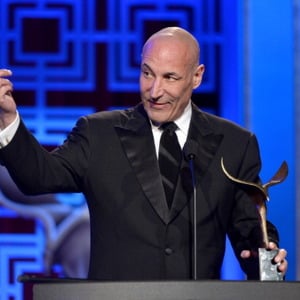