Sam Houser net worth and salary: Sam Houser is a British video game producer and Rockstar Games founder who has a net worth of $150 million. In addition to his net worth, he has the pride that comes with creating one of the most-successful video game brands in the world. A company he co-founded with his brother Dan. Even to people who have never held a controller in their lives, "Rockstar Games" is a symbol of quality, maturity, and innovation within the field of video games.

Dan and Sam grew up in a house adjacent to a video store with a large selection of American crime and other genre films. It was this fascination that eventually grew into the primary inspiration for Rockstar Games' massively popular Grand Theft Auto series, which takes the tropes of gangster movies such as Scarface, The Godfather, Carlito's Way, and Casino and utilizes them in an "open world" video game setting. GTA was seen as revolutionary in the video game world. The open world concept allowed the player to go anywhere and do anything he or she chooses in the game.

Sam and his brother Dan became fascinated with these films, and have cited Walter Hill's cult favorite The Warriors as a particularly strong influence on their approach to video game storytelling. It was Sam Houser who was responsible for ushering in the 3D gameplay of Grand Theft Auto sequels, which is considered by most to be one of the most integral reasons for the massive popularity that the series enjoys now. Another important reason is the controversy the games inspire due to their depiction of drug use, explicit sex, and graphic violence. GTA V shipped 110 million copies since its debut in 2013, making it one of the most-successful games in history. In total, Rockstar has sold more than 300 million games worldwide. Other games produced by Rockstar include Max Payne and Red Dead Redemption. 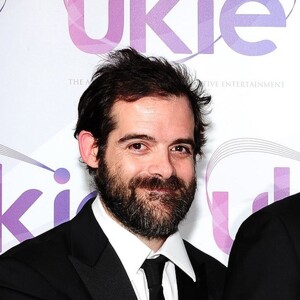