Ryan Murphy Net Worth and Salary: Ryan Murphy is an American TV writer who has a net worth of $150 million. Over the course of his career, Ryan has created a number of highly successful series, such as "Nip/Tuck," "Glee," and "American Horror Story." Outside of screenwriting, Murphy is an established director with a number of credits under his belt.

Various critics have heaped praise upon Ryan Murphy, and he has received several awards during his time in the entertainment world. These include six Primetime Emmy Awards, a Tony Award, and many others. Some observers consider him to be one of the most powerful and influential men in the television industry, and he has been recognized for focusing on non-traditional characters and unique stories.

Early Life: Ryan Murphy was born on November 9th of 1965 in Indianapolis, Indiana. Raised in an Irish Catholic household, Ryan attended Catholic schools before graduating from a high school in Indianapolis. Murphy knew that he was gay from a young age, and later admitted that he secretly dated football players while in high school. During his early years, he also performed in a choir.

After graduating from high school, Ryan Murphy attended Indiana University in Bloomington. He studied journalism and subsequently worked as an intern for "The Washington Post" in 1986.

Career: After working for a wide range of newspapers and publications throughout the 80s and 90s, Murphy started writing for television in the late 90s. Although he originally focused on feature films and wrote a screenplay that was purchased by Steven Spielberg, Ryan turned his attention towards television in the late 90s. His first major success came in 1999 when he co-created a series called "Popular," a comedy that ran for two seasons on The WB.

Murphy's next major step forward when he created "Nip/Tuck," which premiered in 2003. This series would prove to be a major critical hit for Ryan, and he was nominated for his first Primetime Emmy Award. The series ran for six seasons, with Ryan Murphy directing many of the episodes. He continued to involve himself with other projects during the run of "Nip/Tuck," and in 2006 he wrote and directed the feature film "Running with Scissors."

In 2009, Murphy created a new series called "Glee." This musical comedy-drama series won plenty of praise from critics, and it also earned Murphy his first Primetime Emmy Award. Like "Nip/Tuck," "Glee" ran for six seasons. While "Glee" was still in its second season, Murphy directed the film "Eat, Pray, Love," which generated over $200 million at the box office despite being universally panned by critics.

Ryan Murphy wasn't about to slow down, and in 2011 he created yet another series called "American Horror Story." Like many of his other TV projects, this series proved to be quite popular. Murphy hit a slight speed bump when his newly-created 2012 series "The New Normal" was canceled after just one season.

Ryan's next projects included the film adaptation of the Broadway play "The Normal Heart" in 2014, production credits on the horror film "The Town That Dreaded Sundown," and another FX series called "American Crime Story." In 2015, Murphy worked with two other figures to co-create "Scream Queens," which was canceled after two seasons. In 2017, Murphy unleashed another FX series called "Feud."

Over the next few years, Ryan created series such as "9-1-1" and "Pose," the latter of which received widespread praise for its use of trans actors. In 2019, Murphy released another series called "The Politician" on Netflix after signing a lucrative deal with the streaming giant. Further series included "9-1-1: Lone Star," and "Hollywood," although the latter received lackluster reviews.

Relationships: In 2012, Ryan Murphy married a photographer named David Miller. Later that year, they had a surrogate child together. As the years went by, the couple welcomed two more surrogate children into the world, with their most recent being in 2020.

Netflix Deal: In 2018, it was revealed that Ryan Murphy had signed a $300-million, multi-faceted deal with Netflix. The five-year deal essentially pays Murphy $60 million per year to produce shows for the streaming giant. The deal vastly outweighs the $100-million deal signed by Jerry Seinfeld with Netflix for his show "Comedians in Cars Getting Coffee."

Murphy's contract also dwarfed a $100-million fee paid to Grey's Anatomy creator Shonda Rhimes by Netflix. Even David Letterman, who earns $2 million per episode of "My Next Guest Needs No Introduction," can't compete with Ryan's lucrative Netflix contract, which became the largest development deal in television history when it was signed.

Real Estate: In 2005, Ryan bought a hilltop home in Laguna Beach, California for $4.475 million. He then purchased an adjacent parcel of land for $3 million and proceeded to turn the combined property into a fully-fledged compound. After razing the former buildings to the ground, he spent six-figure sums on what became a 6,200-square-foot estate on 1.25-acres of land, eventually dropping more than $8 million on services from award-winning landscapers and other renovations.

Although he initially intended to sell the property as early as 2011, he ended up living in it for a number of years before finally listing his compound in 2018 for $18.75 million. He did not find a buyer, and he listed the residence once again in July of 2020 for $12.5 million. In October of 2020, he finally sold the home for $10.65 million, accepting a significant price reduction on the extensive estate.

In 2010 Ryan paid $10 million for a home in Beverly Hills, California. The seller was actress Diane Keaton, and Murphy took a 9,200-square-foot mansion off her hands. The Mediterranean-style estate boasts a pool, a separate guest house, and a staff room for the numerous workers needed to maintain such a large residence. In 2019, Ryan attempted to sell this home for just under $18 million. As of this writing, he has still not found a buyer for this home. In addition, Murphy owns a home in LA's Brentwood neighborhood, which he acquired in 2013 for $9 million. 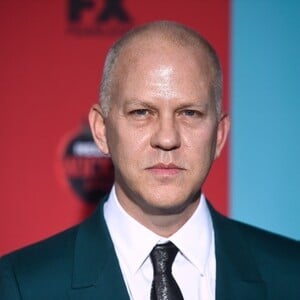