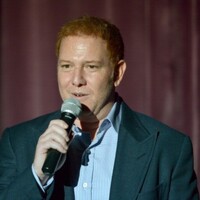 Ryan Kavanaugh Net Worth: Ryan Kavanaugh is an American film producer and film financier who has a net worth of $50 million. Ryan Kavanaugh is the founder and current CEO of the movie studio Relativity Media. Through Relativity, he has managed to finance over 200 hundred movies, a feat that has equaled more than $17 billion in revenue. Relativity now has a TV division, as well as sports management and music departments. He was born Ryan Colin Kavanaugh on December 4, 1974 in Los Angeles, California. Kavanaugh attended the University of California, Los Angeles (UCLA). After graduating, he founded a small venture capital firm, which financed and consulted many other small businesses.

In 2008, Kavanaugh launched Relativity Media with an investment partner, Ron Burkle. The company aimed to bridge the worlds if finance and film. He created a model designed to predict the success and profitability of any given film. Relativity Media and Kavanaugh's model were the backbone for the success of the financing and launching of the 2008 "Iron Man". All of the films produced by Relativity Media must prove positive with their financial model before being released and his effective model has become a standard in finance across many industries.

Kavanaugh has been recognized for his many successes in the film industry, notably the 2009 Hollywood Producer of the Year Award at the Annual Hollywood Awards Gala. In 2011, he was named "Showman of the Year" by the Variety magazine. He was also listed #19 on Forbes' 2013 youngest billionaires. However, Kavanaugh's interests extend beyond film industry, he is an avid philanthropist, and an activist. Recently, he acquired a premium dog food manufacturer, FreeHand, well known for rescuing homeless dogs. He is quoted for saying, "We hope this will become a staple of Hollywood, and if you are not involved in this, then you're not promoting social good amongst the animal world." Kavanaugh is an active humanitarian, and he intends to incorporate FreeHand into the mission of Relativity Media to increase the awareness of dog rescue. For his stance, Kavanaugh has been commended by many organizations, including the Cedars-Sinal Medical Center as the winner of the 2010 Hollywood Humanitarian Award. He was also awarded the 2011 Entertainment Industry Award by the Anti-Defamation League for his commitment against Antisemitism.