Ryan Fitzgerald net worth and salary: Ryan Fitzgerald is an Australian rules footballer and reality television personality who has a net worth of $11 million. Ryan Fitzgerald was born in Adelaide, South Australia in October 1976. He is a forward who was drafted #4 by Sydney in the 1998 National Draft.

Fitzgerald played for Sydney in 2000 when he scored 15 goals in 10 games. He also played for Adelaide in 2002 and scored 8 goals in 8 games. He competed on the reality television series Big Brother Australia 2004 and finished in fourth place. Ryan Fitzgerald began appearing on other TV series as well as radio. He appeared on the series Before The Game before becoming co host of Friday Night Live. He has been a part of the Nova 91.9 Breakfast show and part of the show Fitzy and Wippa. As an actor he appeared on the television series House Husbands. 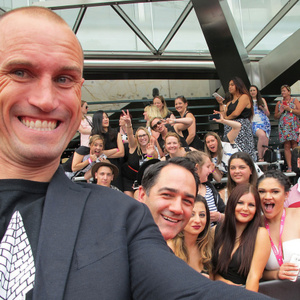