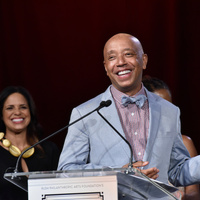 What is Russell Simmons' net worth and salary?

Russell Simmons is an American record executive and entrepreneur who has a net worth of $340 million. Simmons is best known for his involvement in the music industry. He co-founded the legendary record label Def Jam Records and served as the CEO for Rush Communications, Inc.

Although this entrepreneur's career has been undoubtedly successful, his life has also been marred by controversy. Serious allegations of sexual misconduct and even sexual assault have plagued his public reputation in recent years. As a result, he stepped down from his roles within his many companies.

In addition to music, Russell Simmons has generated considerable income through a range of original clothing lines. Simmons is also an avid writer and has contributed to various well-known publications. He has strong views on subjects such as animal rights and politics.

Russell Simmons was introduced to Rick Rubin when he was in his mid-20s.  Mr. Rubin had recently started a record label from his college dorm room, and the two acquaintances decided to form a partnership.  They founded Def Jam Recordings, and went on to become the label that launched some of the most influential hip hop artists of the last few decades.  They signed T La Rock & Jazzy Jay, LL Cool J, the Beastie Boys, Slayer, Oran "Juice" Jones, and Public Enemy, among others.  Russell Simmons later sold his portion of Def Jam Recordings to Universal Music Group for $100 million.  However, he continued to remain influential in Def Jam's subsidiary labels, and subsequently launched three very popular clothing lines, Phat Farm, Argyleculture, and American Classics.  Through his company Rush Communications, Inc., he also controls a production company for film, and another for television, a management company, a magazine, an advertising agency, and owns a large portion of the hip-hop focused website, Global Grind. 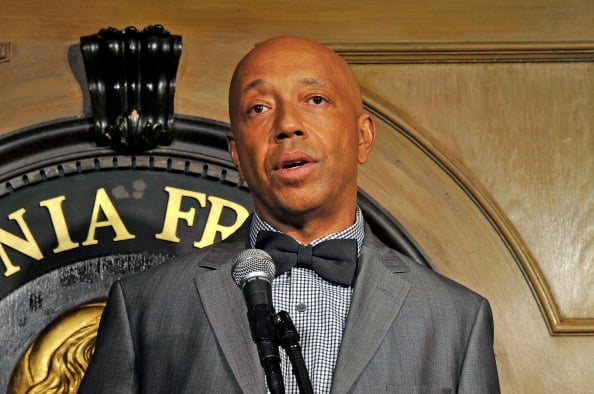 Russell Simmons was born in the Queens borough of New York on October 4th of 1957. He was raised in Maryland by his father, a public school administrator, and his mother, a parks administrator. Simmons has stated that during his upbringing, drug use was widespread in his neighborhood. He became involved in the criminal lifestyle that surrounded the drug trade from a young age and took drugs himself. Although his father tried to encourage Russell to find honest, legitimate jobs, the boy was more interested in participating in gang culture. This continued until one of his fellow gang members was murdered.

Russell Simmons decided that he should take school more seriously and enrolled in the City College of New York in Harlem. While he was studying sociology, Russell connected with several pioneers of the hip-hop movement, including Kurt Walker and Eddie Cheeba. Upon hearing the latter perform, Russell knew that he would focus on making hip-hop popular throughout his life.

Russell Simmons connected with Kurt Walker to create a single called "Christmas Rappin." Through shrewd promoting decisions, Russell Simmons managed to negotiate a record deal through the label Blow. After the single sold 500,000 copies, Simmons dropped out of college to fully pursue opportunities in music. Simmons' younger brother, Joseph, was also heavily involved in the blooming hip-hop movement. He and two friends had formed a group, and Russell Simmons helped them produce various tracks. He would later help the group, which would eventually become known as Run-DMC, negotiate a record deal. One year later, Russell Simmons met a producer named Rick Rubin, who had already started Def Jam Records. Russell Simmons was brought on board as an equal partner, and the two producers helped a 16-year-old LL Cool J record the label's first release. This release ultimately led to a distribution deal with Columbia, helping put Def Jam Records on the map. 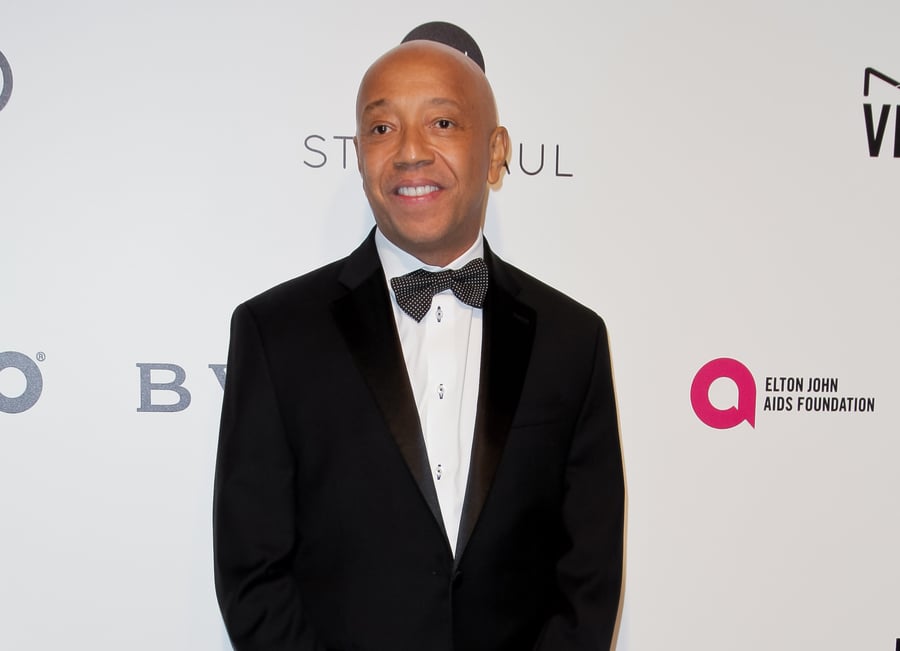 Although LL Cool J helped Def Jam take its first steps towards success, later signings proved to be even more profitable. The Beastie Boys became a worldwide phenomenon when they released Licensed to Ill through Def Jam. After many other major success stories, Rick Rubin left the label in 1988. Six years later, Rusell Simmons sold half of the label to Polygram for $33 million. Two years afterward, Rick Rubin sold his shares in the company for $120 million to Universal Music Group. In 1999, Simmons sold the remainder of Def Jam to Seagram for $130 million. Def Jam continues to exert incredible influence over the hip-hop genre.

Russell Simmons started three clothing lines; Phat Farm, ArgyleCulture, and Tantris. Phat Farm became immensely popular as a result of the growing hip-hop movement and was sold to Kenwood in 2004 for $140 million. ArgyleCulture was aimed at millennial men, while Tantris focused on yoga apparel.

In 2013, Russell Simmons founded Unirush LLC, a company that provided pre-paid debit cards to low-income individuals. In 2017, this company was sold to the Green Dot Corporation for $147 million. Rush Communications became involved in a vast range of other business ventures, including energy drink companies, websites, and book publishing. Russell used the latter to publish various self-help books, such as Do You! and 12 Laws to Access the Power in You to Achieve Happiness and Success.

In 1999, Russell Simmons became a vegan. He is outspoken about matters related to animal rights and supports various groups that fight to end animal suffering. In 2015, he released a book called The Happy Vegan: A Guide to Living a Long, Healthy, and Successful Life.

In 2017, a model named Keri Claussen Khalighi accused Russell Simmons of raping her in 1991. Khalighi was 17 at that time. This was the first of many allegations that were eventually aimed at Simmons. Writer Jenny Lumet also accused Russell Simmons of raping her, again pointing to an incident in 1991. This time, Simmons stopped playing a leadership role in all of his businesses. Several companies, including HBO, made moves to distance themselves from the entrepreneur. Before 2017 could come to a close, The Los Angeles Times had published five separate accounts of women who had been the victim of sexual misconduct or sexual assault at the hands of Simmons. The New York Times soon followed with a further four accounts from new women, including more rape allegations.

In the end, a total of 13 women came forward with these allegations. Russell Simmons denied everything, sold his assets, and relocated to Bali. At least one of his accusers suggested that Simmons chose Bali because the nation doesn't have an extradition treaty with the United States.

Russell Simmons married Kimora Lee in 1998. The couple had two daughters together before divorcing in 2008.