Ron Fair net worth and salary: Ron Fair is an American Executive of A&R, as well as record producer arranger and songwriter who has a net worth of $20 million. He has been the arranger and producer of several hits for well known artists such as the Black Eyed Peas, Fergie, the Pussycat Dolls and more.

Ron Fair is probably most famous foe being the Chairman of Geffen Records, President of A&M Records as well as the many senior positions at RCA, Chrysalis, EMI, and Island Records. He is known for his production of several hits, including "Let's Get it Started," "Where is the Love," Christina Aguilera's "Beautiful," and many more. He is the winner of several Grammy Awards and was nominated for six. Fair has also appeared in many television reality shows and documentaries. He has made his appearances on such shows as "American Idol" and "The Pussycat Dolls Present: The Search for the Next Doll," "Living in La La Land," and more. He has also worked as a musical soundtrack coordinator for the films, "Pretty Woman" and "Reality Bites. Ron Fair was born in Los Angeles, California and was exposed to the many aspects of microphone techniques and sound recordings. For a while he taught at the University of Sound Arts in Hollywood. In 2001 Fair married Stefanie Rydel, a singer/songwriter and member of the girls group Wild Orchid. They share three beautiful children together. Another one of Fair's accomplishments was climbing the highest mountain in Africa, Mt. Kilimanjaro. 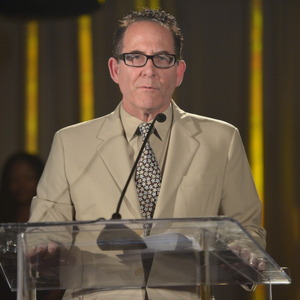