Romeo Beckham was born in the City of Westminster, London, United Kingdom in September 2002. He has more than 2.8 million followers on Instagram. He is the son of David Beckham and Victoria Beckham. Romeo Beckham has lived Los Angeles, California, Spain, and England. He is also the godson of Elton John and Elizabeth Hurley. He has dated model Mia Regen and Stranger Things actress Millie Bobby Brown. Romeo Beckham's siblings are Cruz, Brooklyn, and Harper Beckham. He was featured in the 2007 documentary Victoria Beckham: Coming to America with his mother. 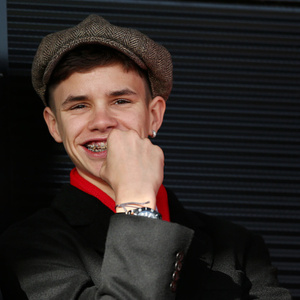