Roman Coppola net worth: Roman Coppola is a French American filmmaker, screenwriter, producer, and entrepreneur who has a net worth of $10 million. He is perhaps best known for being the son of Francis Ford Coppola but he has carved out a successful career outside of his father's shadow.

Roman Coppola was born in Neuilly-sur-Seine, France in April 1965. He is the son of Francis Ford Coppola and Eleanor Neil. Roman Coppola is related to Carmine Coppola, Italia Pennino, Gian-Carlo Coppola, Sofia Coppola, Gia Coppola, and Nicolas Cage. He appeared as a boy in the films The Godfather and The Godfather Part II. Roman Coppola was nominated for an Academy Award for Best Original Screenplay for co-writing the movie Moonrise Kingdom with Wes Anderson. He won a Golden Globe Award for Best Television Series – Musical or Comedy for Mozart in the Jungle which he executive produced, created, co-wrote, and directed. Coppola has also worked on music videos for artists including Ween, The Presidents of the United States of America, Green Day, Wyclef Jean, Daft Punk, Fatboy Slim, Moby, Air, Phoenix, The Strokes, Arctic Monkeys, Arcade Fire, Beastie Boys, and more. 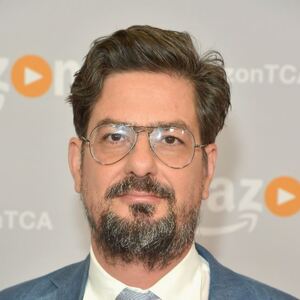