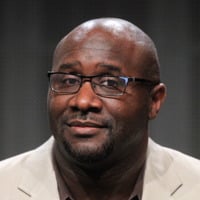 Roger M. Bobb Net Worth: Roger M. Bobb is an English American film and television producer who has a net worth of $10 million. Robert M. Bobb was born in London, England in December 1967. Bobb was raised in Brooklyn, New York and was accepted into the Directors Guild of America's Assistant Director Trainee program in 1995. He worked with legendary directors like Mike Nichols, James Mangold, and Woody Allen. He was the youngest African-American First AD member of the Directors Guild of America and is the only two time winner of the Best Film Award at the American Black Film Festival. He won six NAACP Image Awards and was named one of the Top 40 executives under 40 by The Network Journal Magazine. Bobb is the President and CEO of Bobbcat Films. He formerly served as Executive Vice President of Tyler Perry Studios and produced the hit television series Tyler Perry's House of Payne and Meet the Browns. He has also produced The Rickey Smiley Show and 11 Tyler Perry films including Diary of a Mad Black Woman, Why Did I Get Married?, Madea Goes to Jail, and Madea's Big Happy Family. During his time as the Executive vice President of Tyler Perry Studios, he started to date Demetria McKinney, one of the cast members of Tyler Perry's House of Payne but the pair had to keep their relationship quiet as Tyler Perry was not a fan of employees having romantic involvement. Now that they have both moved on, they are taking their relationship public.