Rodney Jerkins is an American songwriter, record producer and musician who has a net worth of $30 million. Rodney Jerkins has earned his net worth as the producer for many major stars such as, Toni Braxton, Lindsay Lohan, Keyshia Cole, Brandy, Lady Gaga, and Jennifer Lopez. Jerkins was also a music producer and mentor on season 10 of the reality television singing competition American Idol.

Jerkins joined the label Sony/Epic Records in 1999 so he could promote such singers as Whitney Houston, Rhona, Pop/R&B girl group So Plush and rapper Fats. Jerkins also produced Michael Jackson's Invincible album, in which rapper Fats appeared on two tracks. In 2005 Jerkins signed brand new acts including Shamari Fears formerly of R&B group Blaque, female MC Asia Lee, Dancehall artist Atiba, and Gospel singer Anesha Birchett under the Darkchild Record label. He is originally from Pleasantville, New Jersey, he married singer Joy Enriquez on April 4, 2004. They have one son Rodney David, Jr. who was born May 28, 2008, and a daughter Heavenly Joy Jerkins was born November 17, 2009.Some other acts that Jerkins has been associated with include; Britney spears, Mary Mary, The black Eyed Peas, Destiny's Child, Spice girls, TLC, Beyonce, and Mary J Blige. In 2006 he was appointed VP of A&R for The Island Def Jam Group; he also released his wife Joy Enriquez's second album titled Atmosphere Of Heaven, under his independent gospel imprint JoyFul Child Records. In 2011 Jerkins received two Grammy Award nominations. Jerkins made yet another move in 2008 when he joined Nicholas Longano, Ray Brown and Jonathan E. Eubanks in creating Music Mogul, Inc. MusicMogul.com, the world's first online music world with real rewards, represents an entirely browser-based online destination where celebrity artists can unite with their fans and members vote for the best video performances. Aspiring artists have a chance to be discovered and possible become the next superstars. 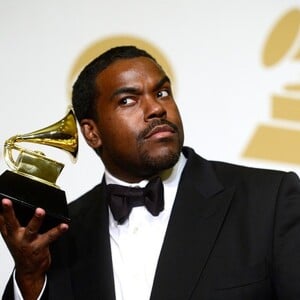