He is credited for writing the title track for the best-selling album ever Jackson's "Thriller". He was born on October 15, 1947 in Cleethorpes, Lincolnshire, England; he attended the De Aston School in Market Rasen where he formed a musical group for school competitions. His first school fresh out of high school was at a frozen food company located in Grimsby. In 1974 after replying to an ad in the Melody Maker he became a member of the funk/disco group Heatwave founded by Johnnie Walker, Jr. Some of the group most popular hits include: Too Hot to Handle, Boogie Nights and Always and Forever. Another huge selling hit for Heatwave, The Groove Line came on their second album in 1979 called Central Heating. Temperton left Heatwave in 1979 to pursue writing full-time however, he still continued to compose songs for the band, and he relocated from Germany to Beverly Hills, California in 1980. He was a co-writer for the song "Miss Celie's Blues" which was included on the soundtrack of the movie The Color Purple, for which he received an Oscar nomination. Unfortunately, Rod Temperton died in October 2016 at the age of 66 after a brief battle with cancer. 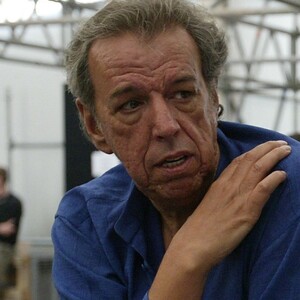