Rod Serling Net Worth and Salary: Rod Serling was an American screenwriter, television producer, playwright, and narrator who had a net worth of $2 million at the time of his death in 1975. That's the same as around $10 million in today's dollars after adjusting for inflation. He was best known for creating and narrating the television series "The Twilight Zone". He died on June 28, 1975 at the age of 50.

Early Life: Rod Serling was born in Syracuse, New York ion December 25, 1924. In high school he was a member of the debate team and drama club. In 1948, the morning after high school graduation, he enlisted in the 511th Parachute Infantry Regiment of the 11th Airborne Division. He saw combat in WW2's Pacific Front, primarily in the Philippines. He also served as a part of the occupying force in Japan after the war ended.

Upon being discharged and returning to the United States, Serling enrolled at Antioch College in Yellow Springs, Ohio on the G.I. bill. He graduated in 1950.

Career: After college, Rod pursued a career as a writer. He landed jobs at radio stations before finding success in TV. Between 1952 and 1953 he wrote 8 episodes of "Lux Video Theater". He continued writing one-off episodes of a variety of televisions shows over the next several years.

In 1955 the Kraft Television Theater aired an episode that was based Serling script. The episode was titled "Patterns" and it was a big hit, leading the Serling being inundated with job offers.

In 1957 Rod and his family moved to Los Angeles.

At this point in his career, Rod was one of the most sought-after writers in American television. But despite being highly-successful and in-demand, Serling constantly clashed with his shows' corporate sponsors who frequently forced script changes. For example, a network once forced to remove a line "Got a match?" from a script because the shows' sponsor was a lighter company. He was also censored on a handful of civil issues he found important, specifically those dealing with race.

The Twilight Zone: As he grew more frustrated with sponsors and censors changing his scripts, Serling had a revelation: If his shows were about aliens and other elements of science fiction, there would be less opportunity for sponsors and networks to force changes. One of his first attempts as a science fiction script was called "The Time Element". The script was a time travel adventure that followed a man who traveled back to 1941 to warn everyone about Pearl Harbor, but after no one believed him, the attacked happened anyway. It took a year for the script to finally get made. It was yet another huge success.

Riding high, Serling's next project was a series he titled "The Twilight Zone".

As we all know now, "The Twilight Zone" was an enormous success. It is a success even to this day in reruns and reboots. The original series aired 156 episodes over 5 seasons.

Today the show is considered one of the best television programs in history. 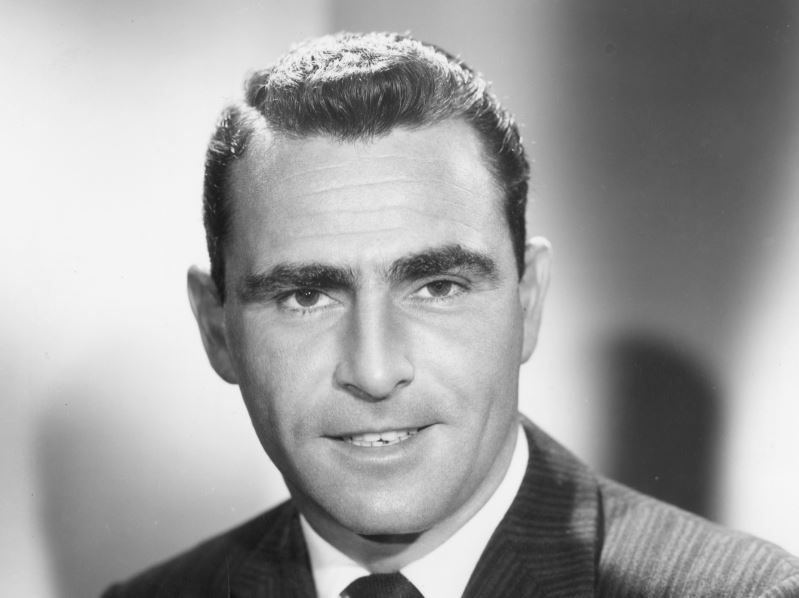 Twilight Show Earnings: In 1966 Rod sold a share of his rights and ownership of The Twilight Zone to CBS for $285,000. That's the same as $2.3 million today. Unfortunately for Mr. Serling, with the sale he relinquished the rights to royalties earned from reruns.

Other Work: The grueling schedule of a weekly TV series left Serling exhausted. In 1962 he actually left Hollywood and spent a year teaching at his alma mater, Antioch College, in Ohio.

He wrote dozens more television shows and screenplays during his life.

Legacy: Serling was posthumously awarded a star on the Hollywood Walk of Fame in 1988 at 6840 Hollywood Blvd. 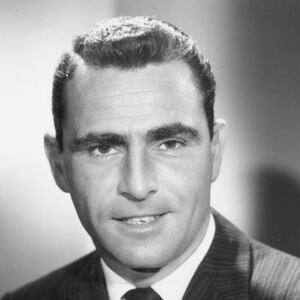