Rod Roddenberry net worth and salary: Rod Roddenberry is an American TV producer, and the CEO of Roddenberry Entertainment who has a net worth of $50 million. Born Eugene Wesley "Rod" Roddenberry Jr born to actress Majel Barrett and Gene Roddenberry, a famous producer and writer for the much-acclaimed American science fiction series "Star Trek." In 1990's, he received his degree from Hampshire College.

Roddenberry's father, Gene Roddenberry, was an iconic name in America in the mid-1960s. He developed the hit TV series, "Star Trek", which went on to capture American hearts and imaginations with futuristic spacecraft, weaponry and plots. Born to an epic producer, Roddenberry had a big shoe to fill since a very young age. Many worshiped his father as a legend. Though, his father was famous for his creation of one of the most successful science fiction TV series in the history of America, Roddenberry did not grow up watching the show. He had a hard time identifying with the status and appeal of "Star Trek." However, in 1991, when he was 17 years old, his father passed away. After that, he began to seriously immerse himself in the "Star Trek" series and investigated as to why the series was so marked among its adoring fans.

Roddenberry sanctioned the 2009 "Star Trek" featured film by J. J. Abrams, and was reported as saying that "Star Trek" is cool again. In 2011, Roddenberry fully inherited his father legacy and became Chief Executive Officer of Roddenberry Entertainment. In the same year, Science channel premiered "Trek Nation," a biopic released by Roddenberry Entertainment and produced by Roddenberry himself. The film accounted his passage in exploring his father's works and his final acceptance of his father's vision. This period in his life lead him to found the Roddenberry Foundation to help fund various developments globally with regards to environment, education, science and technology and other humanitarian matters. 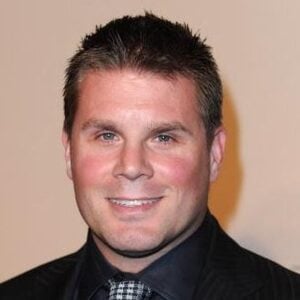